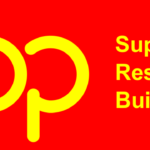 Call for Co-operatives to #RiseUp4Rojava

On the morning of 9 October, Turkish state military forces began to bombard cities of North and East Syria – the region commonly known as Rojava – and also began incursions across the border, particularly in the region around Girê Spî (Tel Abyad) and Serê Kaniyê, which is now under full occupation by Turkish forces. 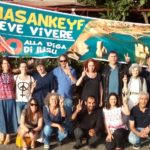 Campaigners and co-operative members in London took part in the 3rd Global Days of Action for the defence of the 12,000 year old town Hasankeyf and the Tigris River on 7 June, 2019. The Turkish Government had announced their intention to begin filling the dam reservoir on 10 June, leading to the call for the 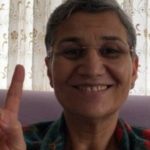 The Solidarity Economy Association wish to send our heartfelt solidarity and congratulations to the over 7,000 Kurdish people around the world who have just ended their hunger strikes in victory. The hunger strikers had been demanding the end of the aggravated isolation which has been imposed on Kurdish leader and political prisoner Abdullah Ocalan, who 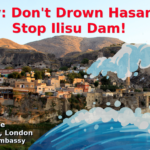 UK co-ops: We need you to join us in speaking up for the tens of thousands of people who are likely to be displaced when the ancient town of Hasankeyf and 200 villages in southeastern Turkey are flooded, as part of a Turkish government hydroelectric project. The Turkish government recently announced that on 10 June 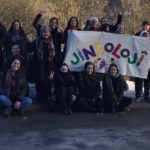 At the start of February 2019, over thirty women* from across the UK, from three parts of Kurdistan, and some from other countries like Spain, Sweden and Mexico, gathered in a snow covered hostel in Hebden Bridge to discuss patriarchy, history and Jineolojî. Jineolojî is a social science being developed by the Kurdish Women’s Movement.