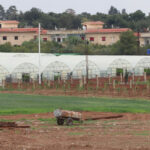 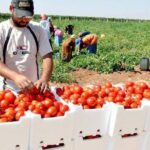 Against the Odds, a Stable Economy in Syria

Faced with a war economy and massive historical obstacles, it is remarkable that the AANES has been able to create one of the most stable and self-sufficient economies in the country. 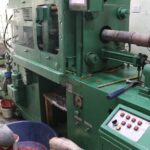 Aya Plastic Factory, in the town of Girke Lege in northeastern Syria, seeks to develop its production, especially of household electrical wiring supplies. 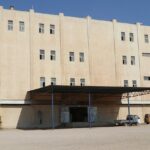 The Judi factory for producing bulgur in Qamishli, northeast Syria, secures job opportunities for male and female workers in the area, and secures the basic needs for food production in northeast Syria in cooperation with the region’s other factories. 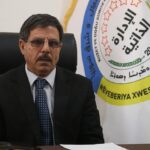 Salman Barudo, the co-chair of the Economic and Agricultural Board of the Autonomous Administration of North and East Syria (AANES), said on Tuesday, that the Turkish military operation in northeastern Syria had destroyed the economic structure in the region. “Turkey occupied Sere Kaniye (Ras al-Ain) and Tel Abyad (Gre-Spi) areas, which had an area of 619,000 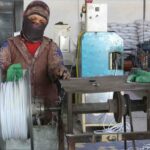 Wajed Barho, from Derik north east Syria, is working accurately and in harmony with the machines and with other women employees in a cables company in Derik. 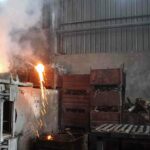 Industrial facilities in the city of Manbij, northern Syria, play an important role in covering the city’s needs and providing job opportunities for youth in light of lack of energy sources and closure of crossings to bring in raw materials.

Saleh Sa’ad goes out to follow the work of a group of workers, who a few days prior began to to pick his cotton crop on his land near the city of Hasakah in northeastern Syria. Sa’ad, a farmer from the village of Salaliyah, does not seem happy about the production of two hectares of

Muhammad al-Abdullah, a farmer from the village of Kasrat Afnan 8 km south of the city of Raqqa, northern Syria, believes that the price of one kilogram of cotton should reach SYP 1,200 this year in order to cover its production costs.    With the approaching cotton harvest season in the countryside of Raqqa, farmers