A revolution is taking place in North and East Syria

People in North and East Syria – often known by the Kurdish name Rojava, meaning West – are taking back control of their lives and livelihoods, and co-operatives are playing a vital role in reshaping their economy.

In the regions of southeast Turkey, known to their predominantly Kurdish population as Bakur – Kurdish for North – co-operatives have been set up with a similar democratic model, despite ongoing repression by the Turkish state.

Co-operation in Mesopotamia is a project providing comprehensive information on this subject. Our aim is to build international solidarity between the UK and this region. 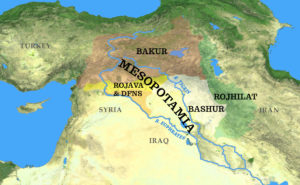 The cradle of civilisation, Mesopotamia - the ‘land between two rivers’ - covers parts of modern day Syria, Turkey and Iraq. It's an older name for the region which predates nation states. This website focuses of the regions now in Turkey and Syria. 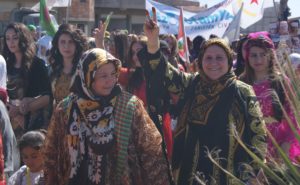 In North and East Syria (Rojava) and southeast Turkey (Bakur), a revolutionary social movement based on the three pillars of radical democracy, women's freedom and ecology is transforming society and life. 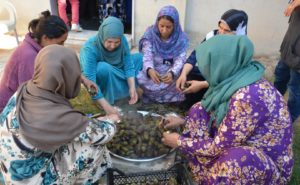 Co-operatives are a democratic form of ownership and management used all around the world for centuries. There are many different models and traditions. In Rojava and Bakur, small and large co-ops are being set up, aiming to develop a communal economy and women's collective self-reliance.

Hundreds of co-ops – businesses owned and run democratically – are thriving in Mesopotamia. 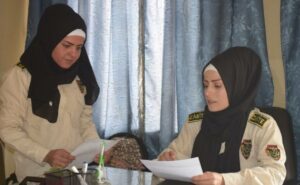 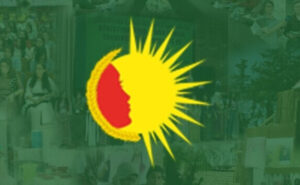 ATTEND AN EVENT NEAR YOU

We regularly give workshops and speak at events about Co-operation in Mesopotamia. Come along and get a deeper understanding.

Donate to our 'Water for Rojava' fund

Water for Rojava is a fund to support women's co-operatives and vital water projects in North-East Syria. Water is not a weapon - #WaterIsLife!

Help us raise £100,000 to support women's co-operatives and vital water projects in North-East Syria. Water is not a weapon. Av jîyan e – Water is life!