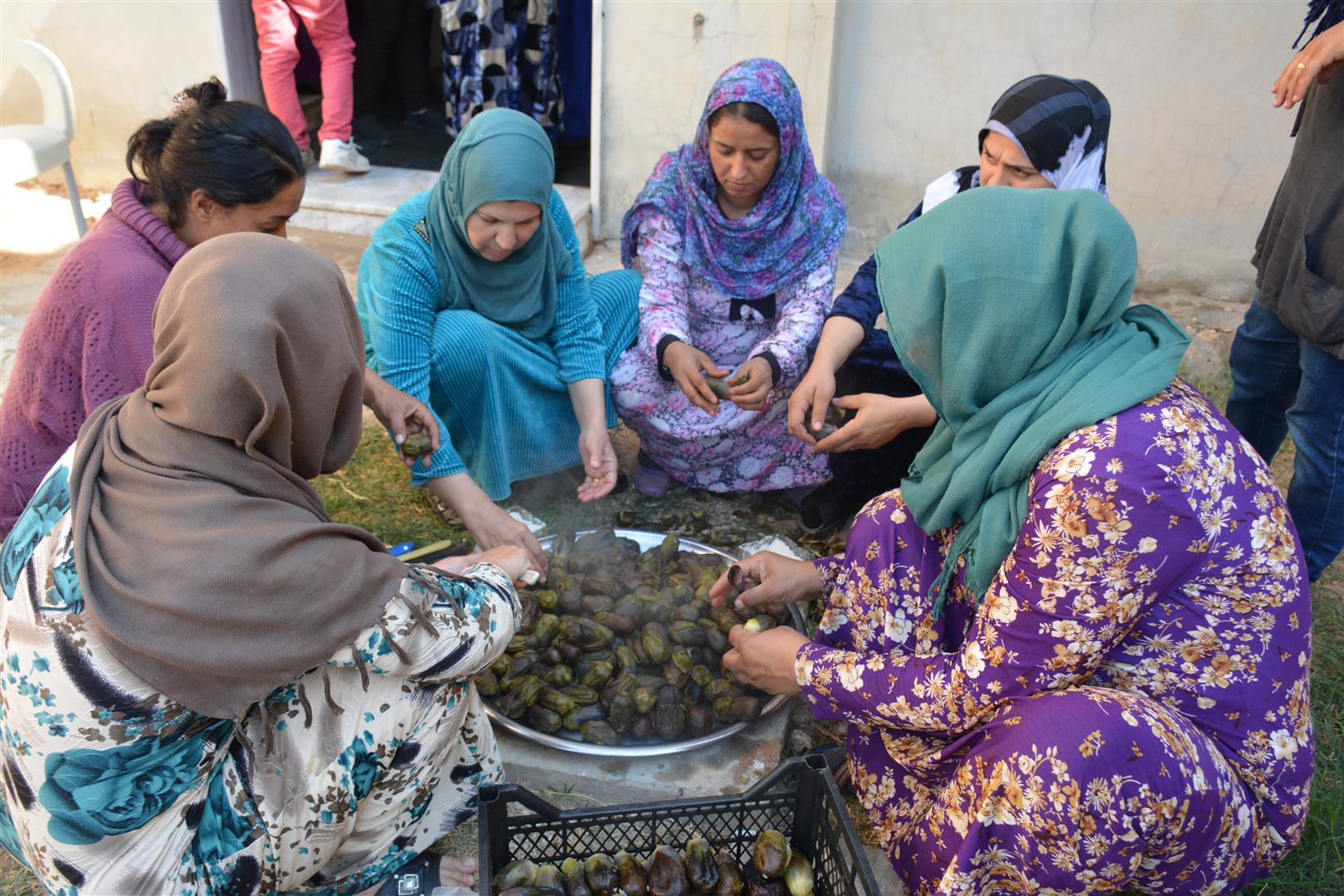 A co-operative, or co-op, is a business or organisation that is owned and controlled by its members to meet their shared needs. The members can be the workers of a worker co-op, people who live in a housing co-op, or producers who grow food or produce things together. All members have a say in how the co-op is run.

Women are said to constitute the most active economic subjects in the region through the agricultural co-ops they established throughout NES. There are a total of 23 women’s co-operatives in the region and the income is shared equally among members. Through their agricultural work, across an area of about 1,200 hectares, women contribute to the economy of North and East Syria at a significant level. Women’s co-ops make up more than 3% of the economy of the Jazira region alone, and women access their products in the bazaars and bakeries opened by the Women’s Economy Committee, which aims to form more women’s committees in each village of NE Syria.

Co-ops have also been set up across Bakur, the Kurdish regions of southeastern Turkey, though many of these are currently having to operate very discretely due to state repression.

We, as part of the co-operative and solidarity economy movements in Britain, are aiming to build real solidarity and relationships between co-operative movements both here and in North and East Syria, as well as North Kurdistan / southeast Turkey, where a similar movement, though stifled and heavily oppressed by state forces, continues to grow and resist. We believe that only by developing their economy can this movement survive and thrive, and that we, as fellow co-operators, are well placed to support in this way – movement to movement, and co-op to co-op.

Take me to the articles