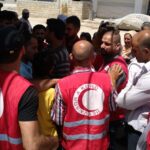 Developments in aid delivery and NGO sector in NES since 2011 In the face of the mass displacements the region has seen in recent years, aid from international organizations has been slow to arrive and inadequate to meet the needs. The situation is stabilising as aid efforts become more coordinated and organized. The primary health 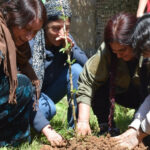 Water is Not a Weapon, Water is Life!

A new campaign named “Water for Rojava” has been launched two weeks ago aiming at rising funds to help women’s co-operatives and democratic local municipalities in Rojava and other parts of North-East Syria. 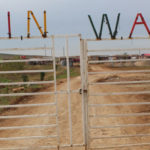 Rumet Heval, long time Jinwar resident and organiser, gave an interview to Women Defend Rojava from the village. In this first installment, she talks about the current situation, the relationship between science and imperialism, and the need to create a life based around collective women’s organising. The interview will continue… 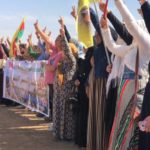 Lessons for the UK from Rojava: political culture, ideology, democracy

I’m sending this message from the liberated territory of the Autonomous Administration of North East Syria, more commonly known as Rojava. I came here over half a year ago to join the work of the revolution and to learn from it. I’ve been doing ecological works – some tree planting and garden design, as well 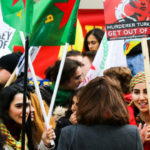 Hundreds of Artists, Academics, and Writers Have Signed a Petition Calling for a Boycott of Cultural Institutions in Turkey

Nearly 300 cultural figures have come together to sign a petition against Turkish state-sponsored academic and cultural institutions. The petition, forged in response to the Turkish invasion of Kurdish regions of Syria, calls for a boycott of “events, activities, agreements, or projects involving [the] Turkish government or government-funded cultural institutions.” 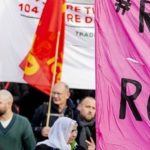 We Stand in Solidarity with Rojava, an Example to the World

Leaders from social movements, communities and First Nations from around the world, including LaDonna Brave Bull Allard, Eve Ensler and Stuart Basden on the Turkish invasion in north-east Syria

Dear Friends of JINWAR! Thank you for you solidarity and support!We really feel all your voices and this has a big meaning for all of us.Situation in our country is really heavy. Turkish State is not stopping attack us, using the dirtiest methods of annihilation as napalm and phosphorous forbidden chemical weapons, they using all 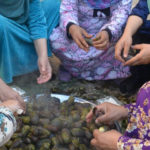 A call for solidarity from co-operative and environmental activists in Northern Syria to the International Co-operative Alliance conference in Kigali, Rwanda and to all co-operators around the world.

Dear friends of JINWAR, We, the women and children from the free women’s village JINWAR in Northern Syria, write this letter to you, who were in contact with us or had the opportunity to visit us. During your time here you could get to know us, our village, and our daily life. You could see 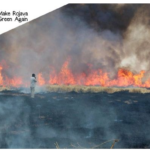 But this summer, the people of Rojava received a terrible new blow. Sleeping cells of jihadist gangs started to set fire to its first source of food and income: the wheat and barley fields that cover most of Rojava’s surface. Because of this, more than 40,000 hectares of cereals were lost, huge natural areas got also devastated and the estimated money loss reaches more than 33,000,000 dollars! This is a very serious attack to all nature and life in the region both economically and ecologically. Today, Rojava needs our support more than ever! 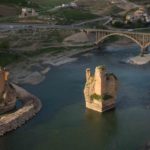 International call to save Hasankeyf

Nearly 100 environmentalist institutions have called for action before the AKP-wanted Ilısu Dam makes ancient Hasankeyf disappearing. On 10 June some 12 thousand years of history will disappear under the waters of the Ilisu Dam. 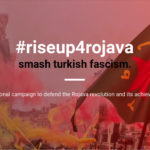 Long live anti-fascist internationalism! Solidarity with the anti-fascist forces in Turkey, Kurdistan and in the whole Middle-east!