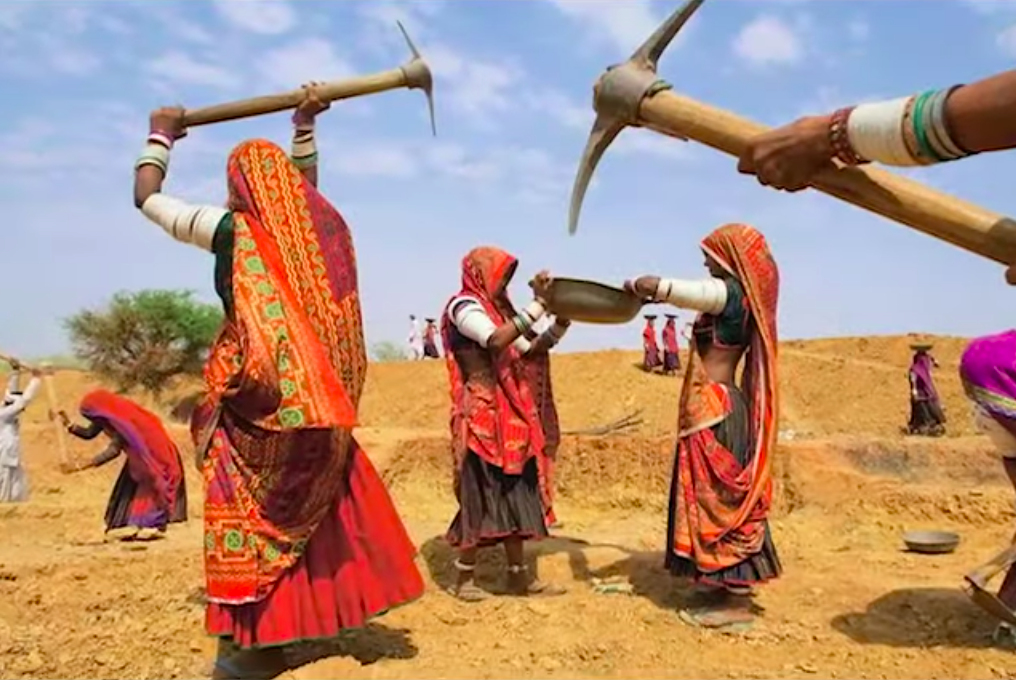 Below are notes from an online meeting on “Reviving rivers through community based action – an exchange of views in the context of North East Syria / Rojava” which took place between people in North and East Syria, people in India, and various supporters and allies, on 11 April, 2022. The meeting was convened by Water for Rojava Europe Committee and Save the Tigris.

The session aims to introduce the concept and succesful experiences in water harvesting and river rejuvenation especially from India to relevant actors in NES. The meeting is also an opportunity to discuss prospects of joint action.

Those joining the session include:

The dialogue is orgnized as a follow-up to discussions in the International Water Forum in Hasakah in September 2021. See a report here.

Save the Tigris has been working to challenge the mainstream approaches to water management, particularly dams in the Tigris-Euphrates basin. They have been used to deprive downstream states from water resources and to exert political pressure particularly on Iraq and Syria. Water has been used as a political weapon. There are other reasons too, for water conflict: groundwater in particular has been exhausted. The solution of the government has been to build more dams. At the Mesopotamian Water Forum in 2019 the learning of Indian experience has been raised. The work of groups there have demonstrated that ground water and riverbasins can be benefit from community waterharvesting techniques which were once common but have been undermined by dam-building policies. Such techniques are directed at restoring water sheds and free flowing rivers. The purpose of this call is to share such experiences to develop community-led approaches to waterways. There is much we can learn, and hopefully this call will be a first step in a process of exchanging experiences and building alternatives together, serving people rather than elites.

Waleed Choli, Al-Furat Center of Studies and member of the NES Water Forum Committee (NES): I see high similarity between the situation in NES and Rajasthan. There is a kind of geographical connection between NES and Rajasthan. There were cases that drew our attention to the use of water, especially regarding the groundwater and rivers (Tigris, Euphrates, Khabour). For millennia human communities were built depending on the source of water. Tigris and Euphrates used to be strong rivers and back then there was an understanding on the amounts of water to use. The Tigris-Euphrates issue is now political. Turkey is disregarding all the international conventions and is forcing a water crisis. The situation is similar in some parts of Africa or Asia.

In September 2021 the Water Forum of NES took place in Al-Hasakeh. The crisis in NES is huge. NES has been the food basket of Syria since long time. Main food resources were located in NES area, thus the crisis is huge, having impacted migration and demographic changes, particularly the villages on the banks of the river. Cattle and herds are less, agriculture has been reduced. These issues are linked to the decrease in water. The purpose of the forum was to highlight the issues, to discuss and understand water crisis and sustainability, to demonstrate how Turkey is working against international conventions, and to find solution and strategies. In the past some wells were dug, mainly in Al-Alok, which have run dry or have become under Turkish control. Since our discussion today is focusing on water harvesting and the Indian experience, I can say Syria in particular is in need of such projects, especially since there are thousands of slopes to make use of, we have the resources. This would help us to revive the countryside life.

The NES International Water Forum was held because we belief policies in the region are not implemented according to its own needs. Al Jazira area used to be green. Turkey blackmailed Iraq and Syria by building more dams and thus increasing the use of water. Water levels have now been lower.

Now we need to bring water from afar. This is a problem for us. The quality of water is not that good, it came directly from the sources. Al Hasakeh now needs a good source of drinking water. Water harvesting is a good idea, but the area is suffering also from lack of rain. Sometimes we only have the rain for a year or two. We depend on the water from Turkey.

Coming to the work of Tarun Bhart Sangh (TBS), the key aspect to be noted here is it’s the work of harvesting rain where it falls, storing it in small water structures. This helps availability of water post monsoon. As the ground water also dis-charges to rivers in post monsoon months it can help rejuvenate the rivers. Over the years the rivers have become seasonal due to various reasons including catchment degradation and overuse of groundwater.

It should be remembered that even today, over 35 years after TBS started working, this is still not how the government is working, it is still not the main or focus area of the government water policy, plans or practices. The people have taken up this work on their own, without government support. Even if the rainfall is only 300mm per year, even there this can work. The techniques could be slightly different, depending on the climate, geology, topography, soil and so on.

We at SANDRP are also part of a consortium on NGOs. This work started wabout 8 years back. We’re trying to bring the importance of rivers into the society and government and policy thinking. Every year we have an annual conference on themes around rivers, how we can rejuvenate our rivers. We honour people who are doing work for the rivers and the importance of rejuvenating them, both intentionally and unintentionally, and also people doing this work in the media.

Minni Jain from the The Flow Partnership (UK)

The Flow Partnership shares the methods, lessons and approaches that TBS has developed with global communities. Rajendra Singh is the co-founder. We have run this UK based organisation since 2012. We wanted to replicate and amplify the methods Rajendra was using with his communities in Rajasthan, globally. When Rajendra and I started, we both agreed that this is community driven grassroots work. Communities know what they need and often they know what to do but usually lack the resources, will and inspiration to do so. When they have the resources to do it they can do it better than the government can, and they will keep on doing the work needed.

The work of TBS is what communities across the world are doing, and it resonates with communities globally because it is harnessing the traditional wisdom of communities. This work is not new, it has been going on for millennia. It seems to have stopped because of government policies. Now we are re-vitalising this community driven de-centralised water management across the world, especially with communities across Africa. The work has different names in different places. We have seen that when you build enough of these traditional structures then the rivers rejuvenate and the groundwater is replenished. The landscape changes. We have to work locally. If funds are enabled for communities on the ground to build water bodies and hold the water where it falls, then they go where they are needed most, We also run an online water school for communities to share their  methods with other communities globally.

Re-Alliance is a UK based coalition of different organisations working primarily in displacement.

Sharing knowledge in different parts of the world, as we are doing today. We also have partners in NW Syria and we are working with people in Gaziantep across the border. We are working on grey water harvesting. There is an offer to do a special version of an upcoming webinar in Arabic for people from NES.

Thank you so much for all the presentations and this offer from Juliet to host a special webinar in Arabic, I am sure we will follow this up. I would be interested to hear from the friends in NES how you found the presentations from India, what are your plans in relation to this?

We should take action, we should start working. We can start by setting up some working groups. We can benefit from the organisations’ expertise. We can try this in one area like in Rajasthan. I am the head of my organisation, our goal is to be as a building piece. We participated in the Forum. We noticed our questionnaire was the source of some disputes and disagreements and that this is having some effects in a region which is also having a civil war. Why don’t we start this project in a village to stop any disputes and we can involve people in this project. In my opinion the first step is to set up some specialised working groups.

Walid Çoli, (NES) We should try this experiment in areas close to some valleys or river areas. Some positive points about water harvesting are that we can have water and we can use water for changing the climate. We should start by studying the geology of the area and starting a project and seeing the outcomes and after seeing the outcomes we can generalise it.

We see that there is a kind of similarity between the area and Rajasthan. Maybe a difference is that they have monsoon rain, which is more than the rain we have here. We should work together with international and national NGOs and the self administration councils to revive rivers. In addition to the main issue which is making the topic of water a geopolitical issue. Here I am talking about the pressure Turkey is putting on the other two countries in terms of the Tigris and Euphrates rivers. We are suffering from shortage of ground water also. The wells are decreasing, like the situation there as we saw in the video. The suffering is big and we would like to see as much effort as we can.

Ismaeel Dawood, Save the Tigris (Iraq)

There is a lot to learn from our friends in India. Save the Tigris Campaign will work with the organisers to do a follow up, arrange visits and continue learning from each other. A pilot project in NES would be great, beginning by studying the area. Arabic below.