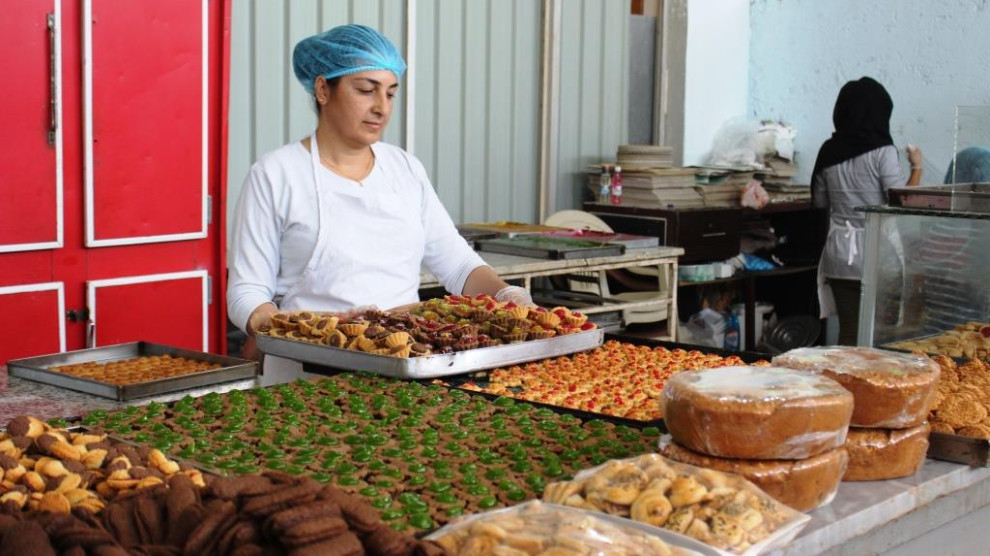 Women’s bakery co-operatives opened by the Women’s Economy are operating in Qamishlo and Amude under the name “Lara”. On 17 August 2018, the Kongreya Star Economy Committee opened the Lara cake shop in the impoverished Enteriyê neighborhood in the east of Qamishlo, to promote women’s economy.

Women aged 19 to 40 work in the Lara business center between 9am to 4pm. Working hours may increase when special orders are made for holidays and celebrations. The business center is not limited to Qamishlo city center but also receives orders from Girkê Legê, Tirbespiyê and Dêrik regions.

Kongreya Star Economy Committee provides the necessary facilities for the operation of the mill. 10% of the profit is shared among the employees, while 50% is given back to the women’s economy committee.

On 17 August 2018, the Kongreya Star Economy Committee opened the Lara cake shop in the neighborhood Enteriyê, east of Qamishlo, to promote women's economy.