Amuda (Arabic: عامودا‎, translit. ‘Āmūdā, Kurdish: Amûdê‎, Classical Syriac: ܥܐܡܘܕܐ‎) is a small city in the Qamişlo Canton, in the Jazira Region of the Democratic Federation of Northern Syria.

Amuda lies close to the border with Turkey. 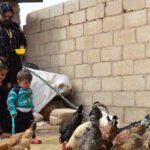 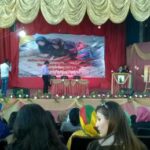 Cultural and artistic works and products have a very important place in the Rojava revolution.

Market to Secure Jobs for Women Brings Prices Down

The Women's Economy Committee in Amuda district opened a market for vegetables and foodstuffs to break the price and monopoly.

On 17 August 2018, the Kongreya Star Economy Committee opened the Lara cake shop in the neighborhood Enteriyê, east of Qamishlo, to promote women's economy.