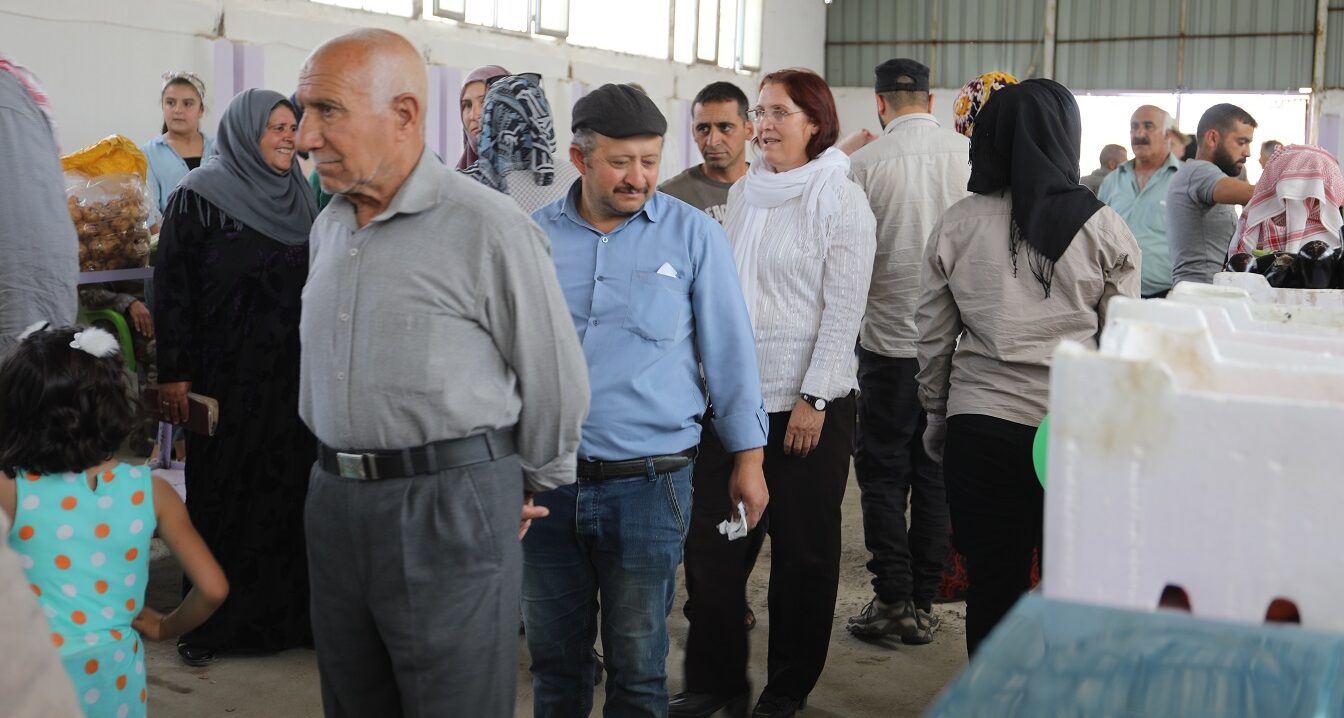 The Women’s Economy Committee in Amuda district opened a market for vegetables and foodstuffs to break the price and monopoly.

With the rising prices and the Syrian pound falling against the dollar, and the U.S. Caesar Act on Syria going in force, the public’s discontent with the high prices has increased.

Accordingly, the Women’s Economic Committee in Amuda district of al-Jazeera region in northeast of Syria opened today a project that benefits the people through its low prices and witnessed a demand from consumers on the first day of its opening.

Initially, the market is called the Vegetable Market, where 10 women sell vegetables, food and detergents, and two administrators from the Women’s Economy Committee supervise the selling process.

The vegetable market sells local materials and vegetables. It secures vegetables from the women’s economy committee’s orchard, food and detergents from the Dem Sal factories in the Derbesiya region.

Market manager Judi Younis said that their aim of opening the market in light of high prices is to break the high prices and monopoly.

Jodi points out that their price list will remain the same and will not be affected by the depreciation of the Syrian pound and the rise of the dollar.

The project would benefit women in terms of securing their own business, as the number of women vendors was likely to increase in the coming days to 20.

One of the sellers in the market, Buhar Kawa, said that their prices are acceptable and low, and that it is a market that will benefit the community, especially with high prices.