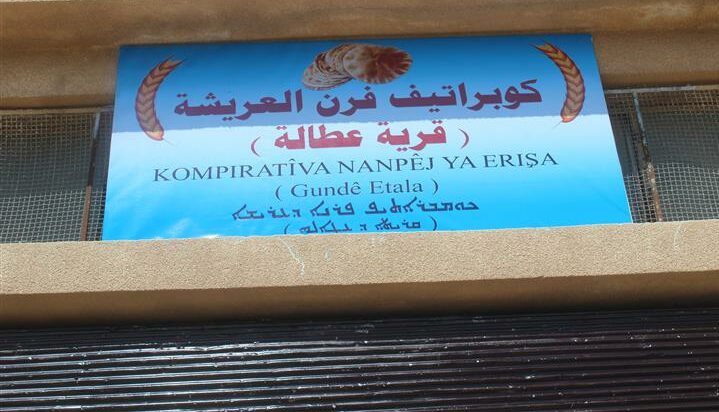 Erisa is a co-operative bakery in the village of Attala, 10 kilometres north of Sheddadi. The Committee of Co-operative Societies in Hasakah opened the bakery due to a bread shortage in the region. The project cost 40 million SYP [Syrian Pounds]. The bakery distributed 500 shares when it opened at a cost of 50,000 SYP per share. Samir Sadiq, a member of the Union of Co-operative Societies, said, “The bakery’s production capacity will be four tons of bread, and that will cover the needs of about 2,500 families for bread.”