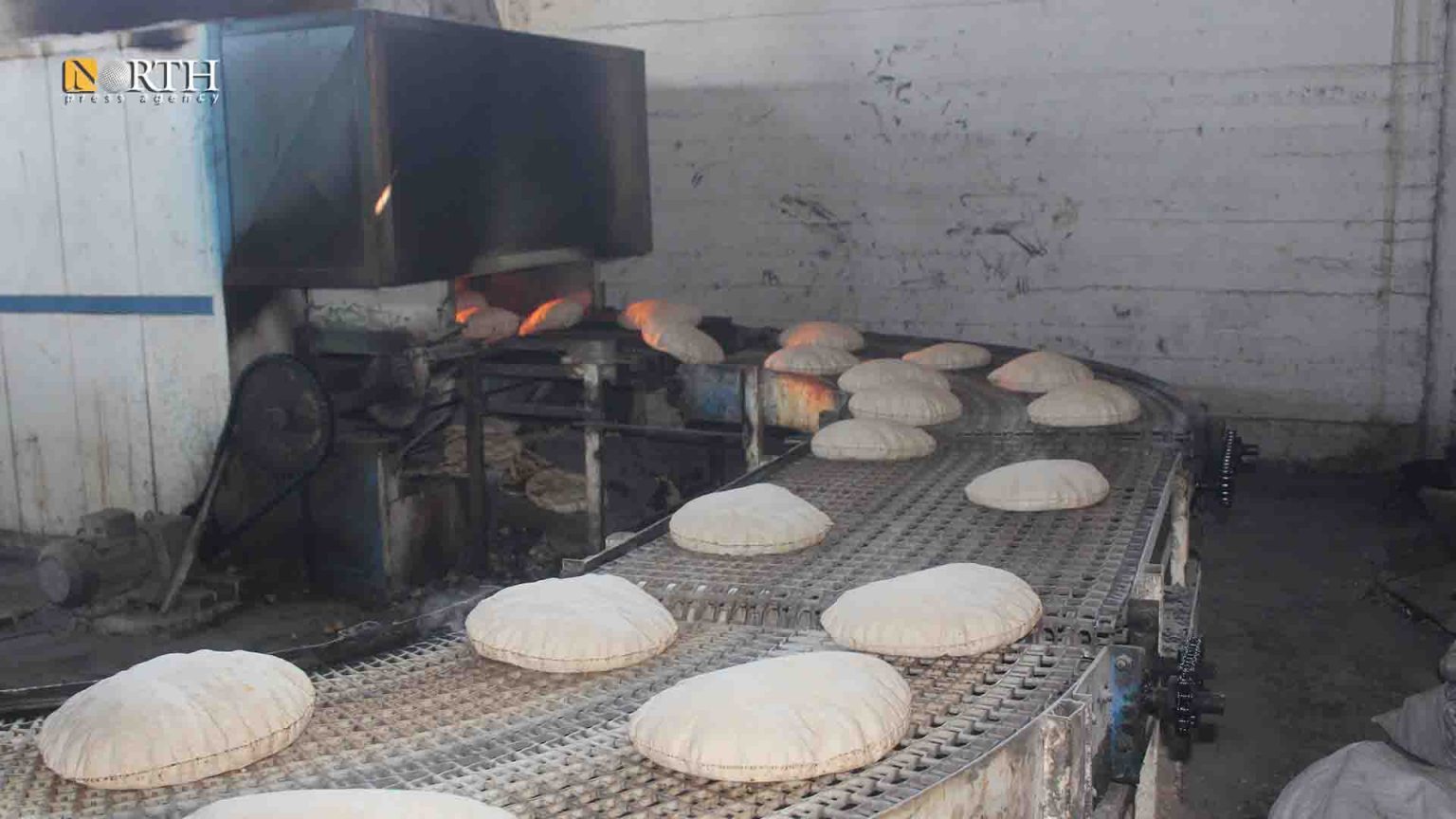 Residents of the city suffer from a shortage of bread and cannot obtain quantities that meet their needs, as they resort to making homemade tandoor bread.

Khedair reported to North Press that the city has three bakeries, one of them to supply the eastern countryside of Shaddadi, another [co-operative bakery] for the western countryside, while the automated bakery produces bread for the city itself.

Muhammad Issa, a resident of Shaddadi, said, “My family consists of eight people, and I get one bundle of bread every day from the authorized distributor, and this quantity is not enough.”

He called for raising the production capacity of bakeries in order to meet the needs of the city and its countryside.

Khedair said that Shaddadi bakeries only get 21 tons of flour, which is not commensurate with the population.

He added that they had obtained approval from the Hasakah Economic Committee to increase the quantities of flour, and this quantity will affect the production of bread and contribute to meeting the population’s needs.