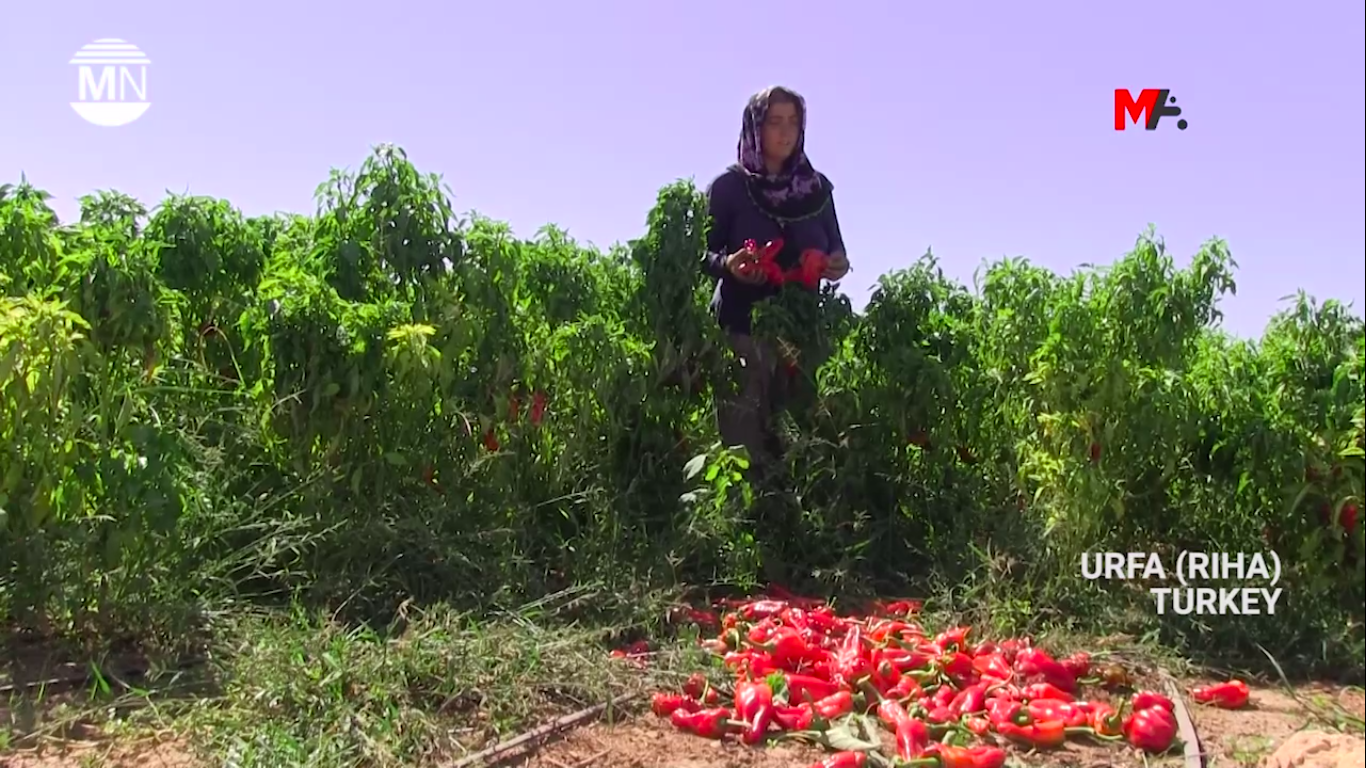 Kibele Cooperative in the Suruc district of Urfa (Riha) province in North Kurdistan (southeastern Turkey) produce local vegetables and food using organic methods. Two women began the co-operative, named after Kibele, the goddess of fertility, three years ago with only three sacks of vegetables. Today, they work together with around 50 members, mostly composed of women, and have so far produced pomegranate sour as well as gherkins (white cucumber), chili peppers, peppers and tomato paste. Their products are marketed to several parts of Turkey. A new era has started for the Kibele Agricultural Production Cooperative, which has adopted a co-chair system. One of their goals is to open a consumer co-operative in their region, since the marketing to distant regions is very expensive in Turkey.