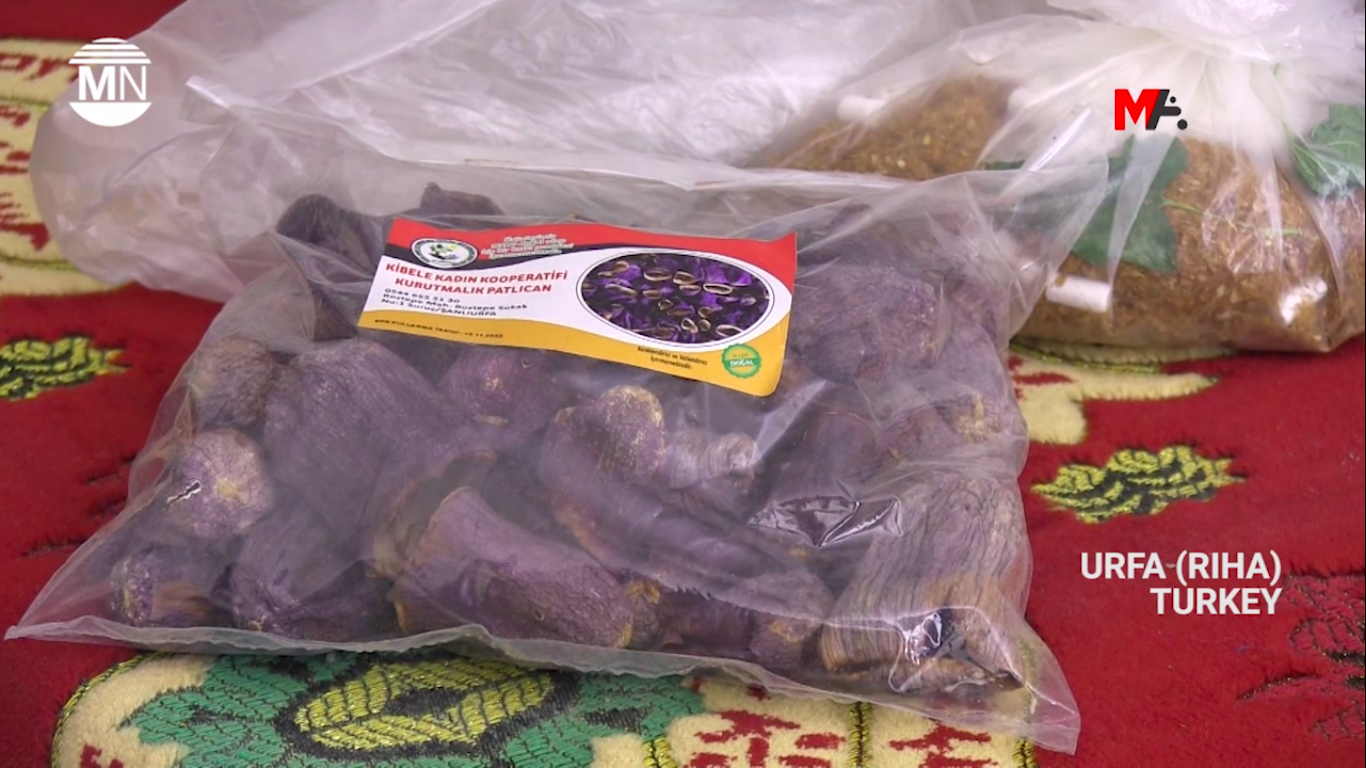 Two women began to work together in the Suruc district of Urfa (Riha) province in Turkey three years ago with only three sacks of vegetables. Today, they work together with around 50 members, mostly composed of women. A new era has started for the Kibele Agricultural Production Cooperative, which has adopted a co-chair system.

The cooperative was named after Kibele, the goddess of fertility. Kibele Cooperative members, who produce local vegetables and food using organic methods, have so far produced pomegranate sour as well as gherkins (white cucumber), chili peppers, peppers and tomato paste. Their products are marketed to several parts of the country.

Fatma Taş, one of the founders of the cooperative, spoke to MA about the work they have undertaken for the past three years, the problems they face, the impact of the cooperative on women’s lives, and their goals.

Stating that they established Kibele to create a place in Suruc where women can freely go, Taş said, “We discussed this a lot with a friend and decided to open a cooperative. There were two of us when we first started. Then we had four, then seven, and now we have close to 50 members.”

Taş stated that only women were involved in the cooperative when they first started, but as of this year, they have switched to a co-chair system. She explained the difficulties they had in the early period: “When we started, the first thing we got was a sack of gherkins (white cucumbers), a sack of aubergines, and a sack of zucchini. We started with these three sacks. We worked in the municipality during the daytime and in Kibele during the evenings. Women left their children and came to Kibele, working sometimes until 3:00 a.m. So with such hard efforts, Kibele was established.”

It was not easy for women to come to the cooperative at the beginning, but after they got to know each other more, they started trusting each other. Today, they market their products to many provinces of Turkey and to Istanbul and Ankara.

One of their goals is to open a consumption cooperative in their region, since the marketing to distant regions is very expensive in Turkey.

“There are no consumption cooperatives in our region. For this reason, we have to send our products to centres such as Istanbul and Ankara. And when we do, we experience problems at a lot of points. Transportation prices are particularly expensive. This puts both the consumer and the producer in a difficult position.”