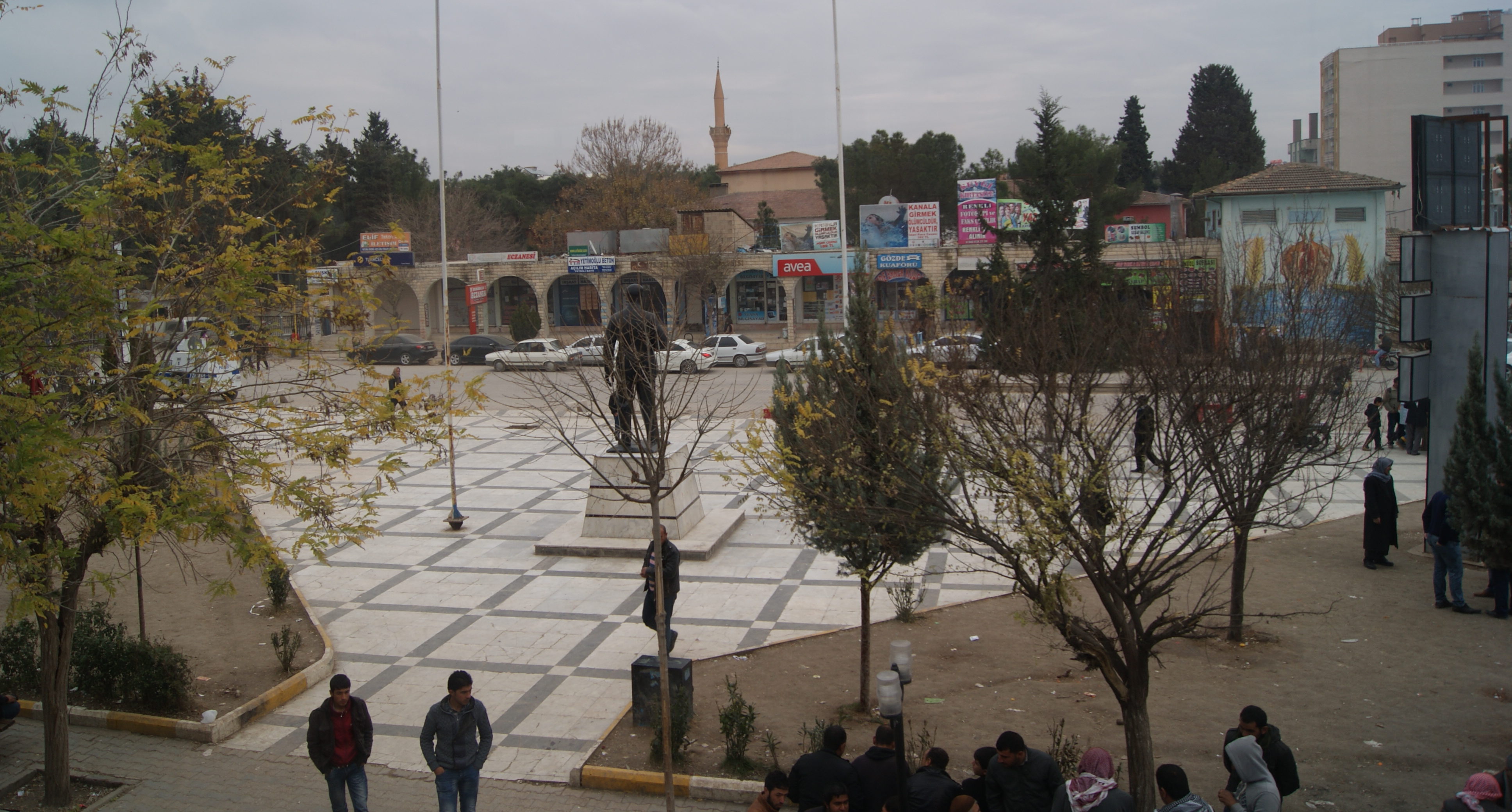 Suruç is an agricultural district, famous for pomegranates. It was first settled by the Sumerians, who were succeeded by a number of other Mesopotamian civilisations, later came into control of the Rashidun Arabs in 639, then of Crusaders in 1098, and Muslims again in 1127. The city was then destroyed in the Mongol invasions, and in 1517 the area was brought into the Ottoman Empire by Selim I.

Suruç was occupied in 1918 by British and in 1919 by French troops, but was freed by a local resistance struggle. Today, Suruç is inhabited mostly by ethnic Kurds, mostly followers of Sunni Islam. It is quite a conservative city

During the siege of Kobani by ISIS from September 2014 to January 2015, Suruç was a base for pro-Kurdish activists, journalists, volunteers and aid workers.

On 19 October 2014, journalist Serena Shim was killed in Suruç.

On 20 July 2015, the Suruç bombing occurred, killing 32 people and injuring others outside the Amara Cultural Center, which was the main place hosting people staying in Suruç to support displaced people from Kobani, as well as journalists.

When asked about this during a 2015 interview with Corporate Watch, members of revolutionary Anarchist movement DAF said, “Over 30 young people who wanted to take part in reconstruction of Kobane were killed by an ISIS attack. This attack was clearly organised by the Turkish State. They did not even do anything to stop it although they got the information of the attack one month before.”

Ahead of the June 24th anticipated 2018 Turkish elections, four people were killed in Suruç while a AKP candidate toured the city’s market.

Building Autonomy in Turkey and Kurdistan: an Interview with Revolutionary Anarchist Action

Below is the transcript of our interview with three members of the anarchist group Devrimci Anarşist Faaliyet (DAF, or Revolutionary Anarchist Action) in Istanbul during May 2015. DAF are involved in solidarity with the Kurdish struggle, the Rojava revolution and against ISIS’ attack on Kobane, and have taken action against Turkish state repression and corporate