Bingöl (Zazaki: Çolig, Kurdish: Çewlîg‎, Armenian: Ճապաղջուր (Chapaghjur)) is a city in North Kurdistan / Eastern Turkey, surrounded by mountains and numerous glacier lakes. The Turkish name, Bingöl means a thousand lakes. Lately, the town has become a popular tourist destination. According to 2017 estimates, it has a population of over 111,000. 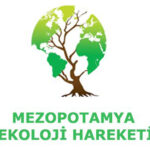 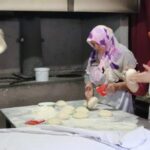 Three women bake local bread in their “Tandoor House they opened in Çêwlig to have economic freedom. The Tandoor House become the hope for women living in the city and the people of the city prefer to buy bread made by these three women. Zehra Ataoğlu is one of three women and she tells us how they decided to open their bakery.