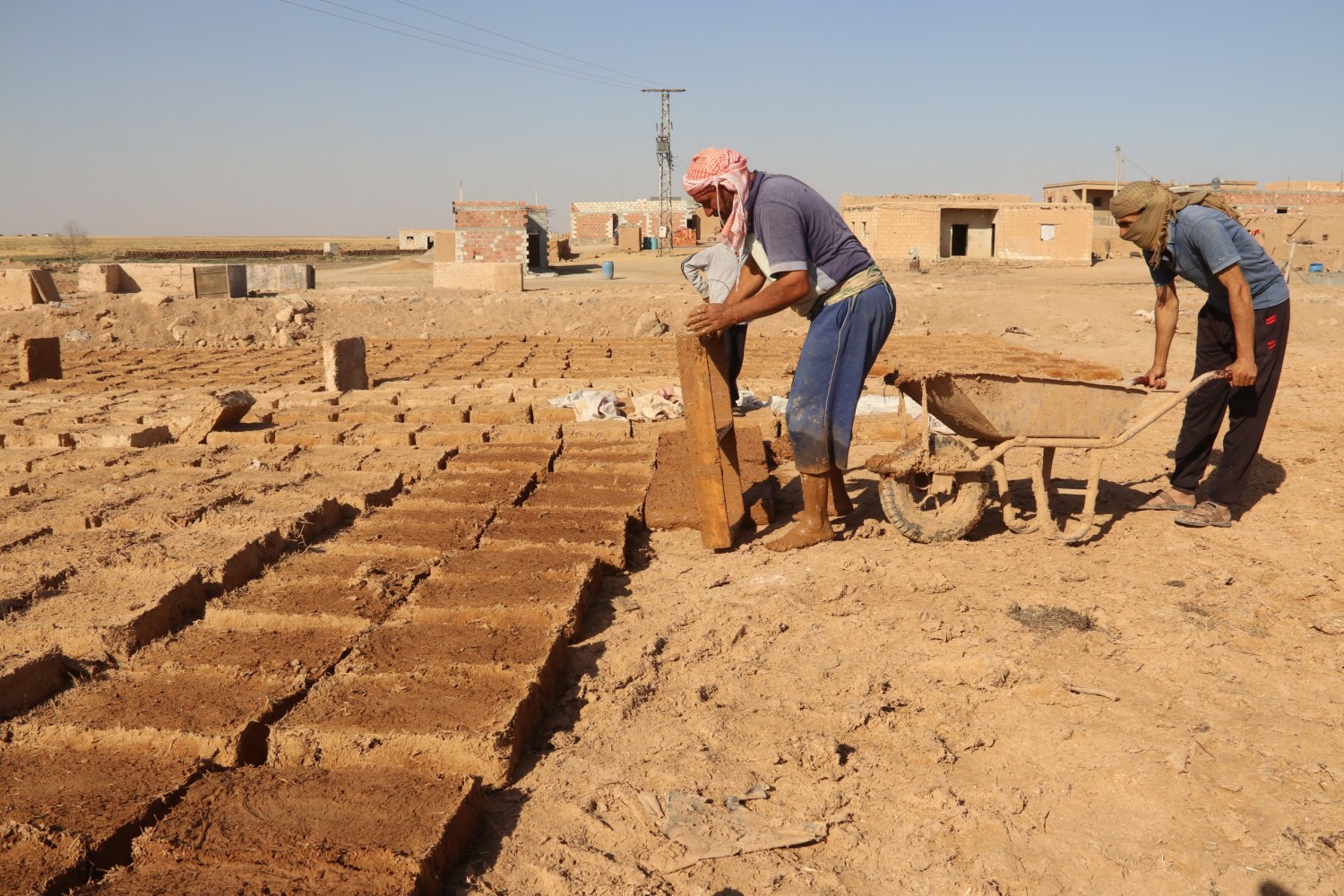 The Umceren co-operative includes 54 members from across 7 villages in the Hasakah countryside. The members are Arabic, Kurdish and Assyrian Christian, with equal participation of men and women. The co-operative works in several fields. It cultivates wheat and vegetables on several hectares of land, which partly belong to the Autonomous Administration of North and East Syria, and are partly the property of members of the co-operative. The produce is sold on the market. Apart from agriculture, the co-operative’s most important project is the construction of a school for the village children. Access to education is difficult for the villagers as the closest school is three to four kilometers away. In autumn and winter, when rain floods the streets with mud, driving such distances becomes complicated. With the support of the Heseke Co-operatives Bureau, the co-operative has kept construction costs low by using local materials and relying on the labor of its members. A school-bus will collect children from across eight villages to drive them to school, while the school should also host activities and education programs for adults. Another problem the co-operative wants to solve is poor electricity and water provision. Two villages have no access to electricity at all so the co-operative is gathering funds to organize a generator.

The Kelbiç bricks used for the construction of the Umceren school are made out of mud and straw and then put to dry in the sun.