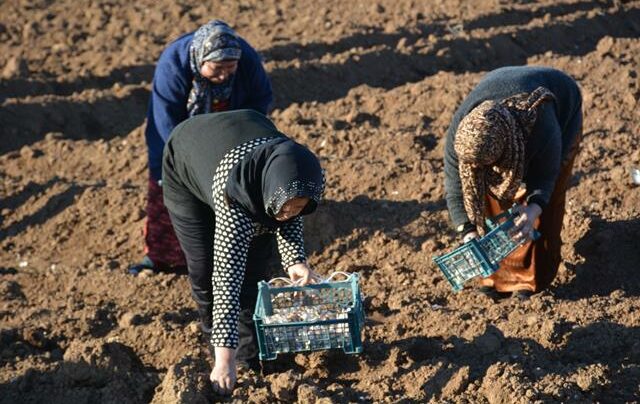 This is a joint women’s co-operative project in Tirbespiyê, supported by the Women’s Economy Committee affiliated to the Kongreya Star, including two women’s agricultural co-operatives, Gelawêj Bakery for women’s economy in Helwa town and a shop in the Xewle school, all in Tirbespiyê district.

After the success of the winter vegetable growing project in its first year, the Women’s Economy Co-operative grows vegetables in 2021 as well. A wide variety of vegetables will be planted according to the farming plan, including new varieties such as cumin and cedar. Participants in the co-operative together help the cultivation of the soil and the sale of products.

In Aliyan district, approximately 960 decares of land is being cultivated by a co-operative of 24 women.

In 2020, the co-operative also opened a bakery called Gelawêj for women’s economy in the town of Helwa. It also opened a shop in the Xewle school in Tirbespiyê district.

After the success of the winter vegetable growing project in its first year, the Women's Economy Co-operative, which aims to support the social economy and spread the idea of working together, grows vegetables this year as well.