The Electrical Generator Co-operative in Abrah village: The idea of ​​the project came with the aim of securing electric power for the people of the village. Thus, the Electrical Generator Co-operative was established with the participation of 100 shareholders. Each shareholder participates with the sum of 85,000 SP [around £125]. The value of the shares was invested in the purchase of a generator and the extension of the main and subsidiary networks.

The project has come into force and all the people of the village are benefiting, where electricity is provided to the people for 8 hours a day at a cost of 1,300 Syrian pound [under £2] per ampere a month. 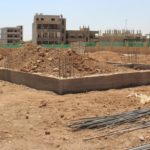 New Co-operatives in Rojava to Consolidate the Participatory Economy

The House of Co-operatives in Girkê Legê district seeks to establish more co-operative societies in order to promote the principle of the participatory economy and to consolidate social ties among all groups of society.