Tell Hamis (Arabic: تل حميس‎, Kurdish: Til Hemîs‎), is a town in the Jazira region of northeastern Syria. Wadi Jarrah, a tributary of the Khabur River, flows through the town. At the time of the 2004 census, Tell Hamis had a population of 5,161 predominantly Arab citizens. 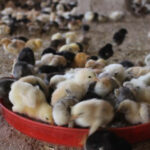 Co-operatives opened in Til Hemis provide employment for citizens and contribute to the social economy.

Thanks to the primarily-Kurdish female fighters in the YPJ militia, many people now know that a women’s revolution is underway in North and East Syria (NES), the autonomous region more commonly known as Rojava. Women are organizing autonomously in civil society, and participating as co-chairs with guaranteed 50% representation from the highest levels of the new

Are the fires a war against Rojava’s economy?

ISIS was defeated in the military arena, but now the Northern and Eastern Syrian Federation is fighting against fires. With the start of the harvest season, suspicious fires have destroyed decares of cultivated lands. 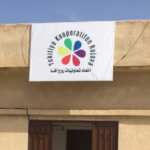 The Committee of the Union of Co-operatives in the region of Tell Hamis in Qamishlo held a special meeting for women in the village of Nayem to discuss women’s rights in the co-operatives societies and to encourage them.