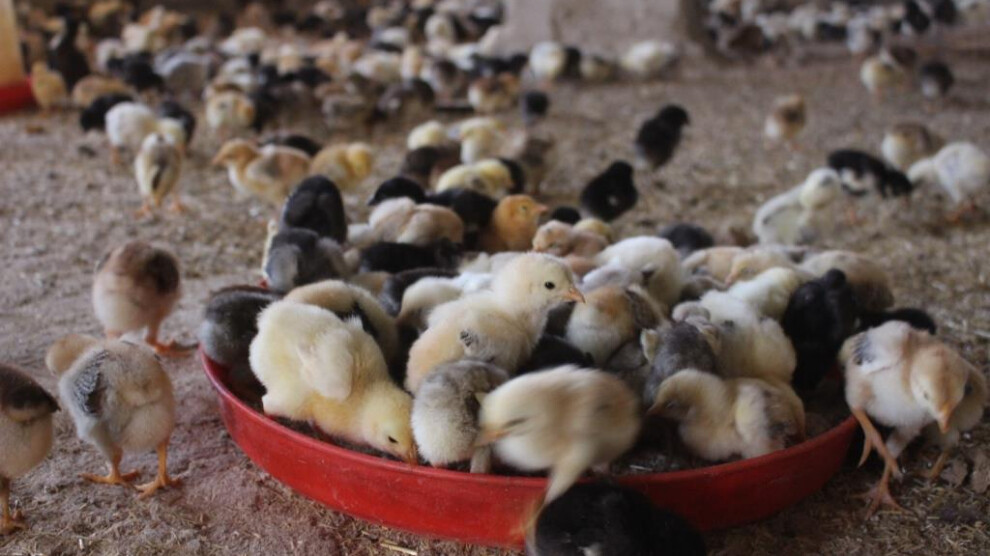 Co-operatives opened in Til Hemis provide employment for citizens and contribute to the social economy.

Qamishlo Co-operatives Union delivered 2,000 chicks to both co-operatives which have been set up on 10 May. Veterinarians and experts are following the project closely.

Raide El-Mehaid, Director of the Qamishlo Co-operatives Union, told ANHA: “We support families with insufficient financial situation with these projects. We especially want women to take part in projects. These projects provide employment while at the same time they ensure that the needs of citizens for meat and eggs are met.”

Salihiyê Ziyad El-Xıdır, a member of the co-operative, added: “We raise chicks in co-operatives. We want to move the project forward. The project created jobs for us. In this process, where prices are increasing, these projects are essential as they contribute to the social economy.”

There are 12 chick breeding centers in Til Hemis and 40,000 chickens are born every 45 days.