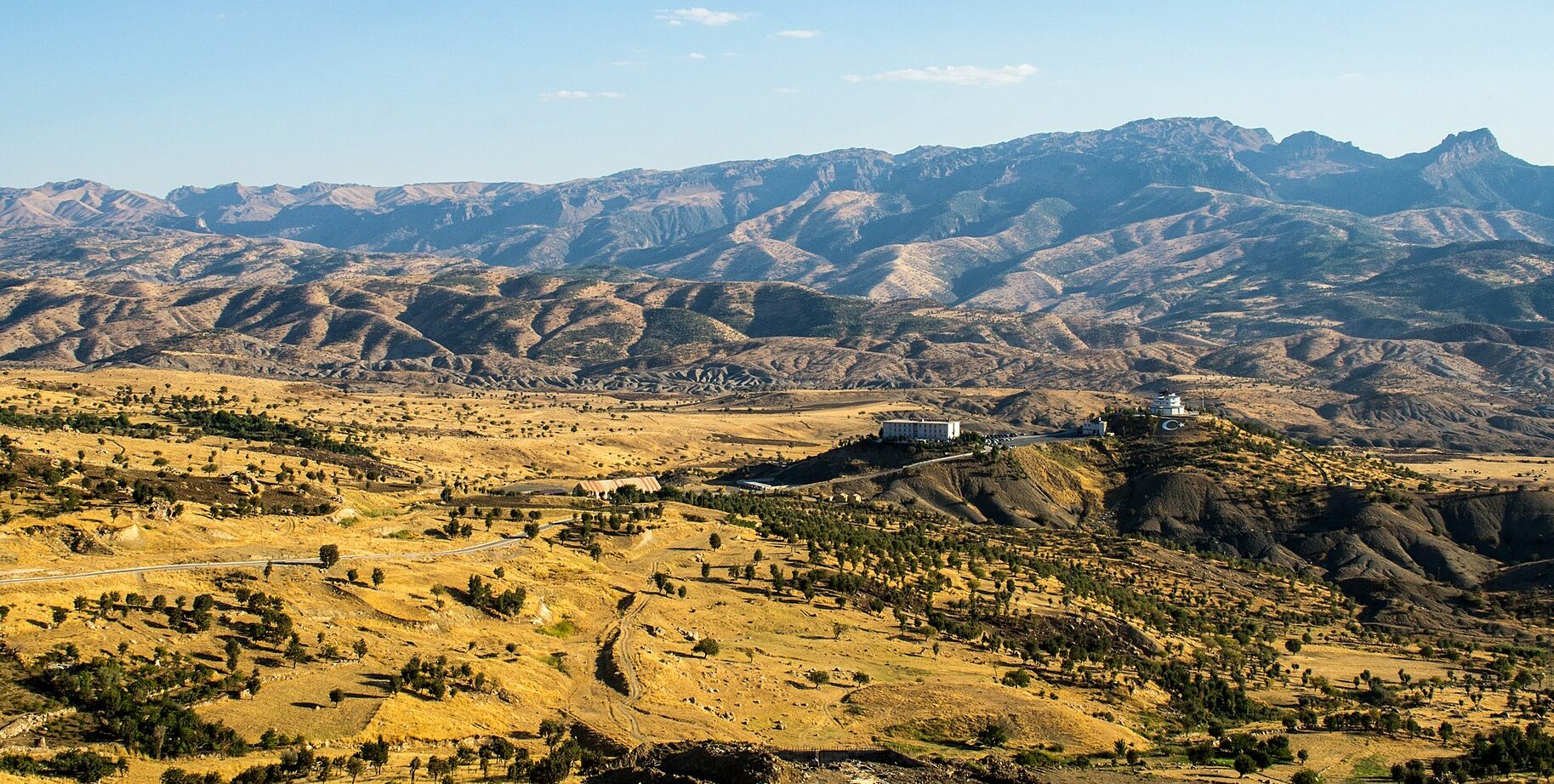 Şırnak (Şirnex‎) is a town in southeastern Turkey / North Kurdistan, the capital of Şırnak Province. The settlement was originally called Şehr-i Nuh (City of Noah) since it was near Cudi Mountain where Noah’s Ark finally believed to have landed after the Flood.

In Şırnak, agriculture, animal husbandry and border trade form the backbone of economic life. Wheat, barley and lentil are the main crops. Cotton is grown as an industrial crop. Cizre and Silopi raise high quality pomegranate and grape. Animal husbandry is practiced by nomadic people. They mainly breed sheep and various types of goats (ordinary goat, Angora goat, and brown haired goat specific to the area). Traditional handicrafts consist of carpet, kilim and bag weaving. Şırnak scarves are woven out of sheep and goat wool. Beytüşşebap is well known for its kilims. Nevertheless, Sirnak province is the poorest province of Turkey in terms of per capita income. Its per capita income comes around to around 700 USD, which is similar to that of many sub-Saharan African countries. But in the future, Şırnak has the potential to flourish from meat processing, leather industries and asphalt mining, which has an estimated reserve of 29 million tons.

The Habur border gate with Iraq which is one of Turkey’s main links to Arab countries is also on Şırnak.

On 18 August 1992, fighting broke out between Turkish security forces and Kurdish separatists of the PKK. 20,000 out of 25,000 residents fled the city during the three days of fighting. While the town was under bombardment, there was no way to get an account of what was happening in the region as journalists were prevented from entering the city centre which was completely burned down by the security forces. Şırnak was under fire for three days and tanks and cannons were used to hit buildings occupied by civilians.

On 13 March 2016 military operations by Turkish security forces began against PKK. The military curfew imposed on the Kurdish city was lifted after 246 days. Neighbourhoods like Gazipasha, Yeshilyurt, Ismetpasha, Dicle, Cumhuriyet and Bahçelievler were completely destroyed in the war.