Silopi is a city and district of Şırnak Province, close to the borders of Iraq and Syria. The district, including Silopi city, three townships with their own municipalities and 23 villages, had an urban population of 73,400 according to the 2009 census.

The Habur frontier gate, the only major crossing between Turkey and Iraq, is in the district of Silopi, and queues of lorries waiting can reach dozens of kilometers on the motorway connecting the two countries. The Khabur River and the Kirkuk-Ceyhan Oil Pipeline also cross the district.

Turkish authorities placed the city of Silopi under ‘curfew’, between 14 December 2015 – 4 January 2016, and 20 people were reportedly killed. 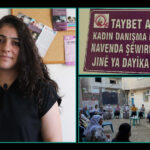