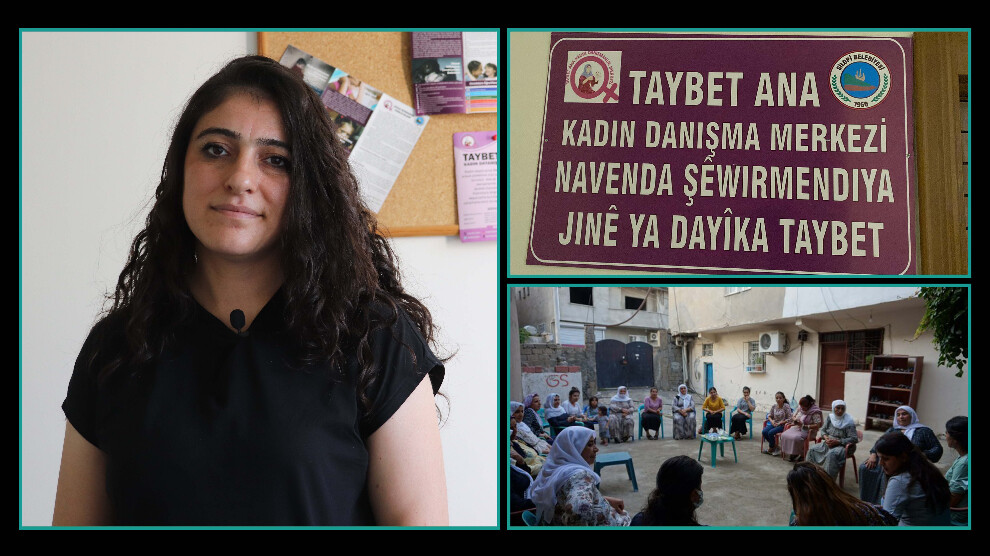 The center has reached hundreds of women by holding meetings and workshops in the neighborhoods to raise awareness against gender-based violence and drug addiction along with women psychologists and sociologists working for the center. So far, the center has received more than 50 applications from women victims of violence and aims to reach more women.

It provides psychological and legal support

We spoke to psychologist Nergiz Ant, director of the Silopi Municipality’s Women’s Policies Directorate, about the purpose and activities of the center. She told us that the women in the district have come to the center to share their problems since the center was opened. Underlining that the center provides psychological and legal support to women, Nergiz Ant said that the women of the district suffer mostly from the economic crisis and male violence.

“Women have come to the center without fear”

“The women applying to the center suffer mostly from unemployment. They are worried about how to earn a living. Actually, they feel fed up with violence and want to get rid of it. We do our best to help women in the fight against violence. Since we opened this center, the women of the district have been coming to the center and sharing their problems with us without fear,” Nergiz Ant told us.

“We have held awareness-raising workshops”

“Alternative safe spaces should be created for women”

“Women demand more activities from us”

Nergiz Ant told us that they have reached hundreds of women by carrying out activities in neighborhoods. “Women demand more activities from us. All women living in the district know each other and keep in touch with each other. When 50 women attend our activities, they bring more women to our next activities. We observe that the women participating in our activities are more aware of their rights.”

“Other municipalities should also have the Women’s Policies Directorate,” Nergiz Ant said, “Women’s centers play an important role in the region. Women participate in the activities of these centers and learn more about their rights. They receive both psychological and legal support from these centers. Women understand women better.”

On December 19, 2015, Taybet İnan was shot by snipers in the Silopi district of Şırnak province during a 24-hour curfew declared in the district. She remained on the ground for hours, injured, and died in front of her children. Her brother-in-law Yusuf İnan, who tried to take the body, was also shot to death. The dead body of Taybet İnan was left on the street for seven days. Security forces opened fire on everyone, who tried to take her body by carrying a white flag, and injured her husband in the arm. She was buried after 23 days and her children and husband were not allowed to attend her funeral. Her husband Halit İnan said that Taybet İnan looked at him and said, “I’m cold and I am very thirsty.”

The following video unfortunately does not contain English language subtitles.