Rajo (Arabic: راجو‎, Kurdish: Reco‎) or Raju is a town in the Afrin Region of Northern Syria.

The town had around 4,000 inhabitants according to the 2004 official census.

On 3 February 2018, armed clashes broke out in Bulbul and Rajo was invaded by Turkish forces and allied Jihadist militias. The town was captured on 3 March by Turkey-led forces after besieging it on three sides and fell with no significant resistance. Rajo is currently under the control of Turkey. 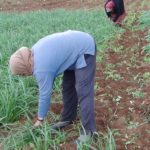 After two months of hard work, Inanna Agricultural Co-operative, which is supervised by Kongreya Star in Afrin has started harvesting the crops of green onions and garlic, and selling them in the markets of the region. 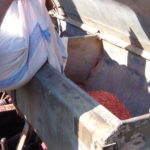 Inanna Agricultural Co-operative began its first agricultural project in the area of Rajo in Afrin by planting wheat, onion and garlic. 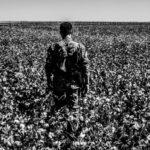 “Because this model” Dr. Yusuf says, “is the model by which the history of humanity will be brought back to life our chances of winning are high.”