Baghouz is a town in the Deri-ez-Zor district of the Autonomous Administrations of North and East Syria. It is famous for being the last ISIS-held stronghold to be captured in the Syrian conflict. According to the Syria Central Bureau of Statistics (CBS), Al-Baghuz Fawqani had a population of 10,649 in the 2004 census.

During the course of the war, the Baghuz area (including the nearby town Baghuz at-Tahtani) came under the control of Daesh (ISIS). During a multi-year campaign in eastern Syria, the town was captured from Daesh by the Syrian Democratic Forces (SDF). On Saturday, 23 March 2019, SDF forces, backed by the US, retook all of Al-Baghuz Fawqani, ending ISIL’s territorial rule over Syria and depriving the group of its final “capital,” as well as removing almost all of the territory under their control.

The water station in Baghouz is one of the important water stations in the region, as it provides drinking water to approximately 45,000 people. 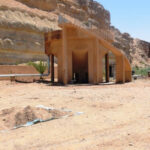 The Public Services Committee is working to minimise the problems caused by the reduction of the Euphrates river carried out by Turkey. To this end, the Baxoz water station is currently being repaired. 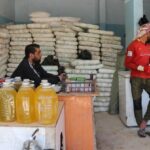 Abdullah al-Mirkaz, a detergent factory owner in the city of Hajin, in the eastern countryside of Deir ez-Zor, east Syria, cannot afford to buy additional machines or hire more workers, despite their necessity for his growing business. 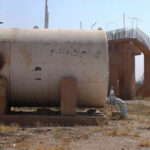 The water station repaired by the People's Municipality of Baghouz town in Deir ez-Zor, is expected to be put into service in 25 days.