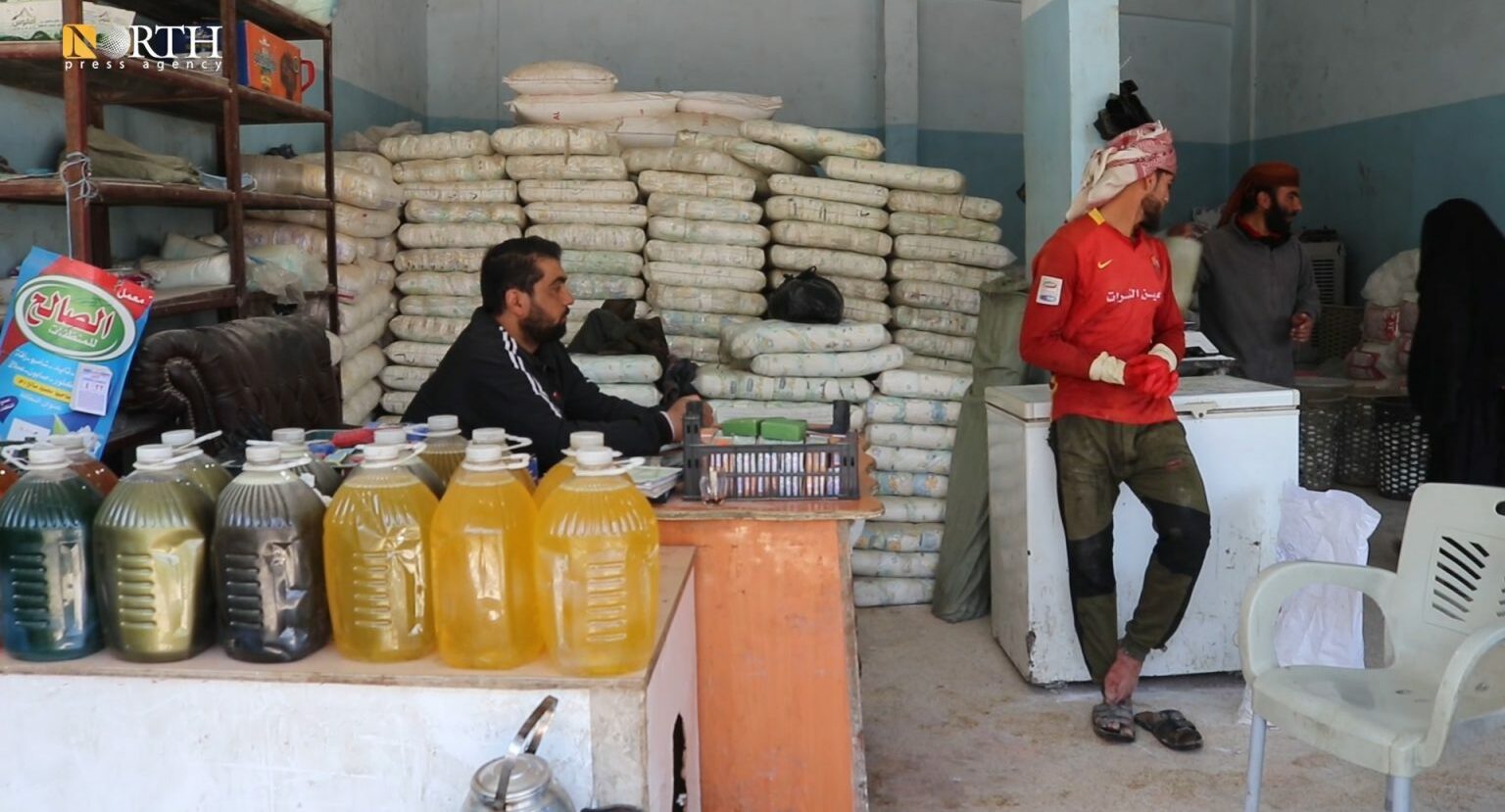 Abdullah al-Mirkaz, a detergent factory owner in the city of Hajin, in the eastern countryside of Deir ez-Zor, east Syria, cannot afford to buy additional machines or hire more workers, despite their necessity for his growing business.

Owners of some factories and small industrial projects in the area under the Syrian Democratic Forces’ (SDF) control in the countryside of Deir ez-Zor believe that they can secure local products and job opportunities if they receive support for their projects. However, local officials say that some administrative foundations are still in the process of forming, and it is hard to support private projects now.

Al-Mirkaz said that many youth resort to him searching for jobs, “but we cannot hire them due to lack of financial capabilities to increase production and the absence of any support.”

He believes that if they received loans or premiums, whether from the Autonomous Administration in North and East Syria (AANES), organizations working in Deir ez-Zor, or any other party, “we will expand our business and secure more job opportunities.”

Currently, six workers are working at al-Mirkaz factory, and one to one-and-a-half tons of detergent is produced daily.

Al-Diho said that such projects need financial support “because they play a very important role in securing job opportunities for the youth; six workers are working at my factory now, and I will be able to hire more six if funding is provided.”

There are six factories in the eastern countryside of Deir ez-Zor producing various types of detergents, which are sold in Deir ez-Zor and other cities in northeast Syria.

These factories receive a “good turnout” from the residents of the region due to their low prices compared to imported products in the markets, as one kilogram of laundry detergent powder is more than 2,500 Syrian pounds (SYP) in the markets while it is sold in the factory for 1,000 SYP.

Arif al-Assaf, a resident of al-Kishkiya town, said he resorts to the factory to purchase his needs, as “they are of good quality and the prices are half those in the markets.”

Al-Assaf indicated that the high prices of all foodstuffs and weak purchasing power has made these factories a destination for limited-income people.

Owners of detergent factories face difficulties in importing goods and materials needed for production, in addition to the difference in exchange rates of the dollar, as the import is in dollar and the product is sold in Syrian pound.

Al-Abudllah added that some foundations of the civil administration in Deri ez-Zor are still “in the process of forming.”

In March 2019, the SDF took over the town of al-Baghouz, the last stronghold of ISIS in Syria, after violent battles with air cover provided by the Global coalition.

However, the security and stability in the countryside of Deir ez-Zor is relative compared to the regions of Raqqa, Tabqa, and Jazira, as it has not survived military operations by ISIS and its sleeper cells.

In March, the SDF called on the regional and international powers to support the AANES from all security, political and economic aspects in addition to reconstruction.”