al-Arishah (Arabic: العريشة‎) is a town in the southern countryside of Hasakah Canton. The co-chair of the municipality is Muhammad al-Jum`ah [April 2020]. More than 46 villages belong to Arisha. During the 2004 census, al-Arishah had a population of 3,957, according to the Syrian government.

A small desalination plant is currently in operation in Arisha, set up in cooperation between the Hasakah Water Directorate and the municipality of al-Arisha. The plant has a production capacity of 90 barrels of water within 8 hours. This station is a reserve for the region in the event of a water outage from the main Alouk water station, which is frequently attacked and put out of service by the Turkish military.

Fishermen expressed on Sunday their concern over the increasing level of the pollution in the water of al-Basel Dam, south of Hasakah, northeast Syria, which led to the death of many fish.

The Attempt to Dry Up a Revolution

The Turkish state uses water as a weapon against the population in North and East Syria. 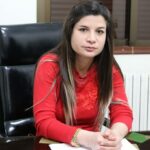 Sozda Ahmed is the co-chair of the Water Bureau for Heseke canton. She was interviewed on 8 April 2020. 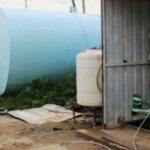 Plans to provide water in southern countryside of Hasakah

The Municipality of Al-Arisha, in cooperation with the Water Directorate in Al-Hasakeh, activated a mini drinking water station, and contracted with tanks to transport water from the wells to cover the needs of the people of the region.