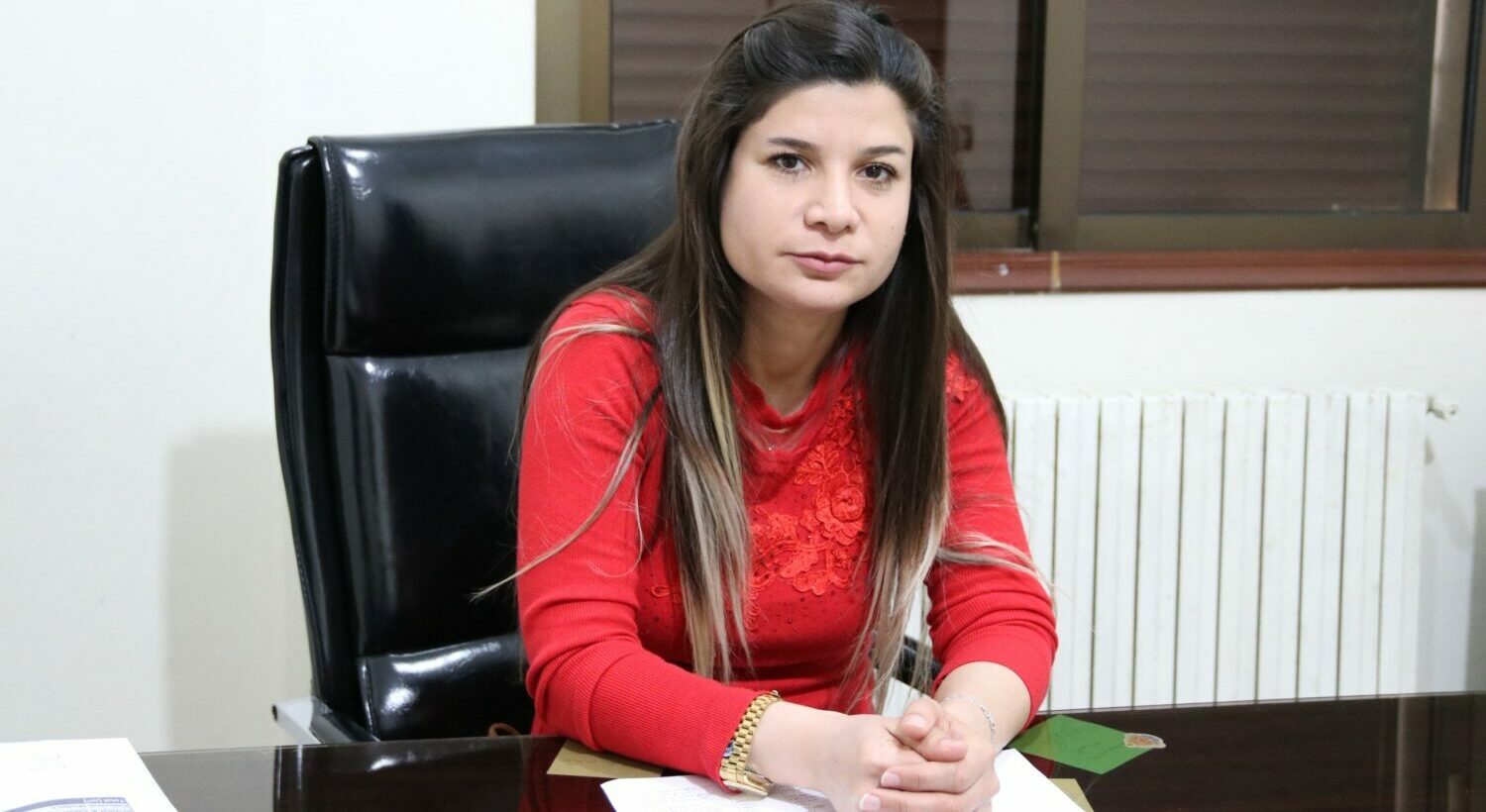 “Right now, we are reliant on water being pumped from the pumping station at Allouk, but there is no guarantee as far as this station is concerned, because it is now under the control of Turkey and its proxy militias.

As we are speaking, we are distributing some water among the civilian population, but the water pressure is very low, and it’s not reaching everybody. They are only using 18 of 30 wells at the station: for this reason the pressure is low. Yet they don’t give our officials permission to go and fix it.

Allouk Water Station is the most important water station for the whole Heseke region, and is very strategically located. There are 30 wells at the station, which draw up groundwater and store it in a depot. There are 8 dynamos for pumping water out of the station and on to its destination, though again only 5 are in operation.

This water must cover the whole region from Til Temir through Heseke city on to the Heseke countryside. Water is stored in a depot in Heseke, at Hema, and then sent on again among the population in the city.

“If there is no water, and people cannot clean, it creates a big opportunity for Coronavirus to spread in our city”.

Keeping clean is the foundation of protecting ourselves against Coronavirus. When there is no water because Turkey has cut the waterflow, it creates a big impact on the population, and on the whole city. If there is no water, and people cannot clean, it creates a big opportunity for Coronavirus to spread in our city. Until now, we haven’t seen a major spread of Coronavirus in Heseke [first death from corona was just confirmed in a man from Heseke who died on 2 April]. If corona starts to spread in Heseke, the whole city will succumb to it. The fundamental point is that we must have enough water to keep our city clean.

We started major cleaning and disinfecting operations when Coronavirus emerged in the region, but unfortunately we don’t have enough water to continue these efforts once we have distributed it all to the people of the region.

The water station must serve people in a 70km diameter from Heseke, not only in the city of Heseke but also in the towns of Hol, Shedadi, Mergeda and Arisha. They fill up water tankers and bring the water to these towns. Likewise, water tankers bring water to the IDP and refugee camps at Hol, Arisha and Washokani. Around 1.2 million people in total are reliant on Allouk for their drinking water.

Because Heseke is a very big city and only a little water comes from Allouk, each time we give out water we distribute 80m2 of water to one quarter of the city. According to how much water arrives to us, we divide it up and distribute it in this way.

When the Sere Kaniye war started, the water station at Allouk was struck on the very first day, and the water flow was cut. This is the politics of the Turkish state, which used the same method in Afrin, striking a water plant. Just as they struck water infrastructure in Afrin to leave the people thirsty, so too in Sere Kaniye they targeted the water station to leave our people thirsty.

“Turkey is using water as a political weapon, and whenever they want to exert pressure on the Autonomous Administration they cut the water flow right away.”

This aside, according to the Sochi Agreement, there should be an agreement over the Allouk water station. But because Turkey knows how important the water station is to the Heseke region as a whole, they are using it as a political weapon, and whenever they want to exert pressure on the Autonomous Administration they cut the water flow right away and leave the people thirsty, knowing we will give them whatever they ask, because water is necessary to life.

The substitute project is to dig 50 wells connected to the redistribution station at Hema. We dug one well as an experiment, to try it out and gain experience. We analysed the water from this well, and found that the water meets international standards for drinking. However, this project will only be able to produce 30% of the water which Allouk produces: in other words, it won’t meet all the needs of the population. Still, it means our people will not die of thirst. Though it can’t completely replace Allouk, it will serve as a substitute.

Though there is a quarantine for the civil population, this doesn’t extend to bodies with essential work during the state of emergency. From the 24 February, when Allouk was stopped for the first time without a technical reason – since it was also out of service for a long time from the 9 October due to the strike on the station – but the 24 February was the first time it was stopped as a result of a political decision – from that day until today, employees of the water bureau have been working 24 hours without a break, so we can find water from somewhere else and not leave our people thirsty.

Our wish is that those people and bodies with decision-making power and influence in this field will issue calls via international organisations and the UN to remove our water station from the hands of the Turkish-backed factions in control of it, and not leave our people facing thirst any longer.”