Al-Jarniyah (Arabic: الجرنية), also written Jurneyyeh, is a town in the Jazira Region of the Democratic Federation of Northern Syria.

The town and much of the area around it was under the control of Daesh (the so-called Islamic State) for two years, before being liberated by the Syrian Democratic Forces in December, 2016. 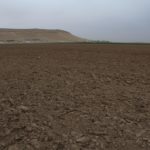