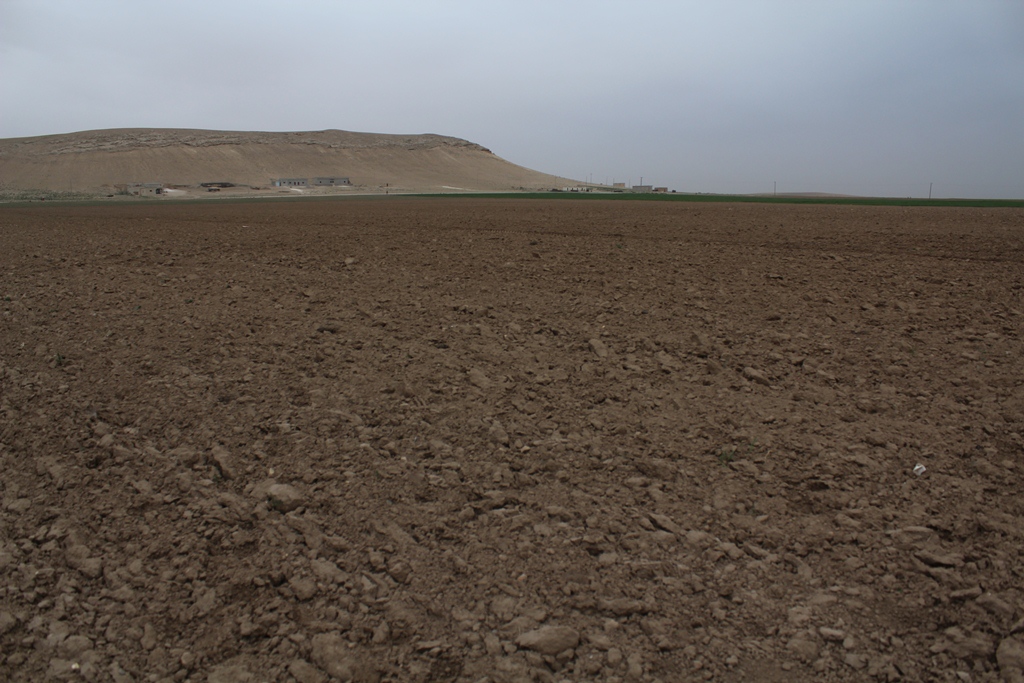 About 70% of the people in Al-Jarniyah and its countryside use farming as a primary source of income, but a disastrous situation is waiting for them if Turkey continues blocking the flow of the Euphrates.

Ramadan Mansour, a farmer from the village of Al-Tala, said, “We, the farmers of Al-Jarniyah are suffering from the lack of water. I’ve cultivated my land, planted it and made it ready, but I had to stop because of the shortage of water. We are about a hundred farmers in the village, and we have stopped planting flava beans, cumin and other summer crops.”

The Economic Committee has warned that Tukey’s monopoly on the Euphrates river threatens the livelihoods of the people of the region, because it provides them with drinking water and irrigates their crops.

Mansour asked, “Why is the Turkish state fighting farmers? It’s not our fault to cut off the flow of water. Water is for everyone.”

Agriculture is the main income of the people of the region.

Mohamad Mokhtar, another farmer from the same village, said, “Our communities rely on farming, because we live close to the river. Agriculture is our main income.”

“Turkey is cutting off water. We’ve already paid for the harvesting and now we are in great need for water to irrigate our crops.”

Article 3 of the UN Watercourse Convention state that every riparian state in an international watercourse is entitled to prior notice, consultation and negotiation in cases where the proposed use by another riparian state of a shared watercourse may cause serious harm to its rights or interest.”

Mokhtar said, “Turkey has has been cutting off water for more than a month, and there hasn’t been any response from the UN. This will completely destroy our livelihood.”

Turkey has built many dams on the river, such as the Ataturk Dam.

Mokhtar said, “Water shortage is starving us. We farmers have been trying every possible way, running around and doing anything we can to get only 5 inches of water.”

Mokhtar demanded the UN to show mercy to the farmers in the region.