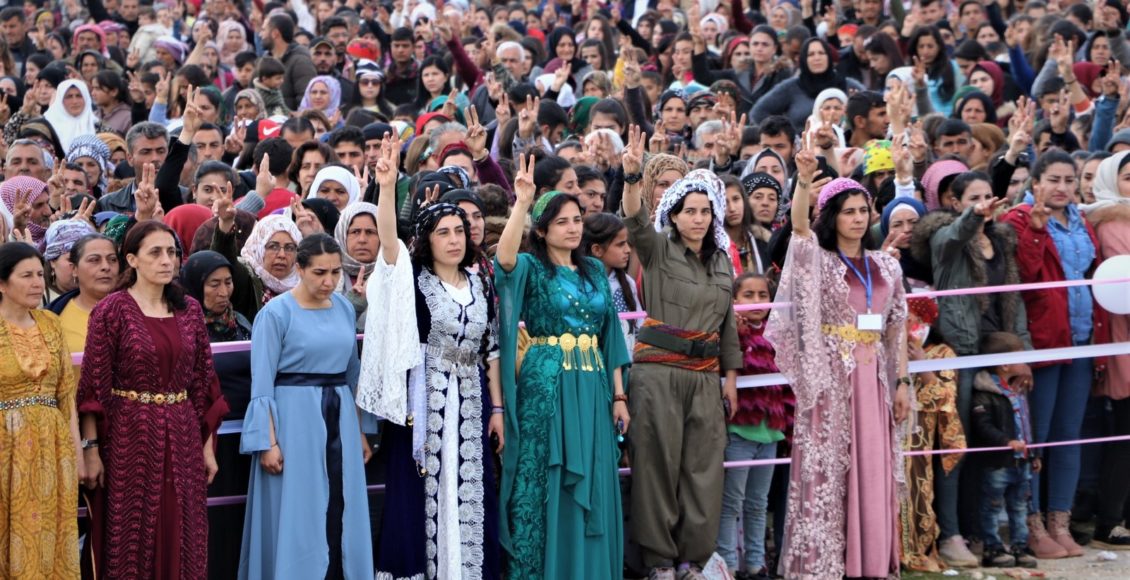 During the year 2021, women in north and east Syria made many achievements at various levels: Diplomatic, political, economic and organizational, and women’s organizations intensified the pace of their activities aimed at reaching the largest possible segment of women in the world to support them to achieve their rights and freedom.

In the midst of the successive events in the north and east of Syria, a major role for women has emerged in closely monitoring the situation, and finding a way out for women so that they do not fall under direct influence, as women in any conflict are exposed to egregious violations, and global statistics on violations of human rights indicate that women are the targets in the first place.

In order to reduce losses to a minimum, and direct women’s energies to protecting themselves and identifying themselves, their history, strength and capabilities, women in northern and eastern Syria worked on the local and regional arenas, to hold the Turkish occupation accountable for its crimes in the occupied areas, and to deliver the message of women in the Rojava revolution, which is called the Women’s Revolution, to the rest of the world’s women to join the convoy of revolution available.

Violations of the Turkish occupation against women in the occupied areas

Programmes to combat violence against women