The Şehîd Sakîne Eseliye Workshop is a women’s co-operative in Manbij. The Women’s Committee of the Civil Democratic Administration in Manbij opened the sewing workshop in November 2018.

25 workers are normally in the workshop for 7 hours a day, from 8:00 am to 3:00 pm. According to the workers’ supervisors, the cost of the workshop reached approximately 10 million SP. Workers have a range of specialisations and wages of the workers vary between 60,000 and 70,000 SP.

The project coordinator is called Fatima Hamdo and Fatima Hussein works on the workshop’s plotting machine.

In 2020 during the Covid-19 pandemic it is making masks for members of local security forces who must be outside despite the pandemic. 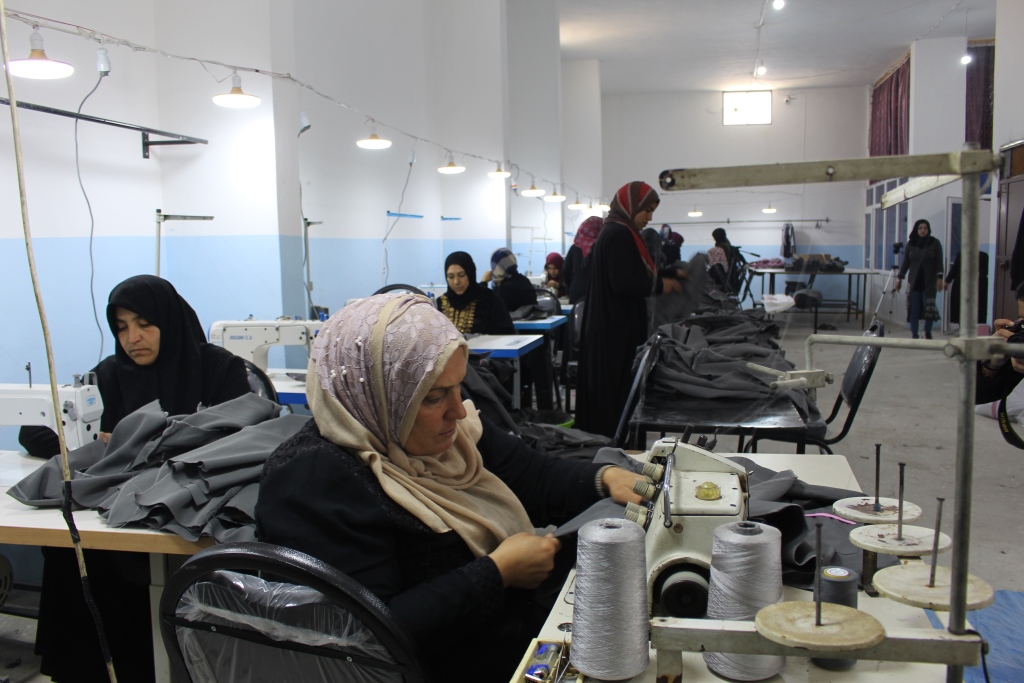 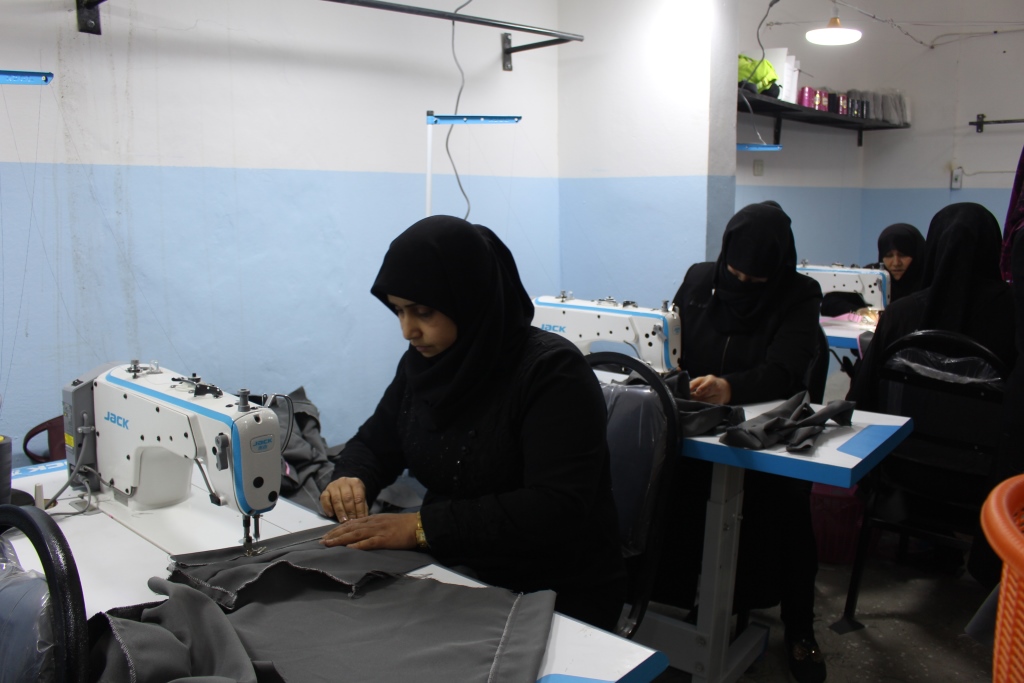 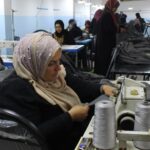 The Women's Committee of the Civil Democratic Administration in Manbij started working in the sewing workshop which was named on behalf of the Martyr Sakina Asalieh.