The factory, which belongs to the public sector, and has about 60 workers, most of whom are women, manufactures jam, molasses, tomatoes, and peppers, in addition to spices.

The factory was established as a response to the economic crisis and the tremendous rise in food prices in the region, especially after collapse of the local currency.

The factory co-ordinator is Kameran Omar. In a North Press Agency article from July 2020, he said, “We opened this factory to ease the burden on residents, who find it difficult to buy expensive products from the market.” He added that the goal of factory is not to make profit, but to benefit from the region’s resources and achieve self-sufficiency.

Workers spoke about “a spirit of co-operation” with their work, and a sense of responsibility in their human duty to contribute to and support to the region’s economy. Amina Ali and Fatima Bouzan are two of the workers in the factory who both spoke highly of it. 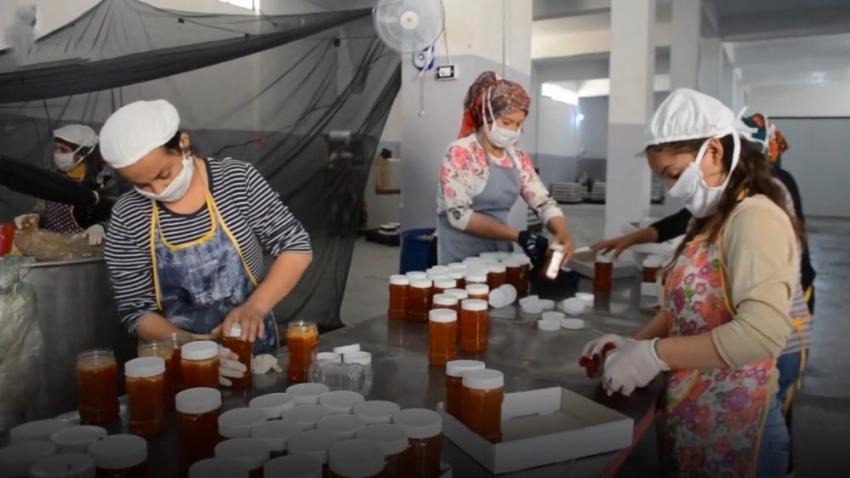 The Kurdish-led Autonomous Administration in northeast Syria announced on Thursday the inauguration of the first foodstuff factory in the country’s northern town of Kobani.