Ayn Issa was liberated by the Syrian Democratic Forces (SDF) in June 2015. It was shortly recaptured by Daesh (ISIS), but was reclaimed by the SDF in early July. The Syrian Democratic Council’s seat of government was established in Ayn Issa, far from Kurdish-majority regions, to better ensure Arab representation and participation. The Turkish invasion forced the evacuation of Ayn Issa, leading the SDC to re-establish itself in Raqqa.

Since April 2016, the Ayn Issa refugee camp has been established on the outskirts of Ayn Issa which housed approximately 9,000 refugees by July 2018, mainly being Syrian Internally Displaced Persons from the Deir-Ez-Zor and Raqqa governorates. 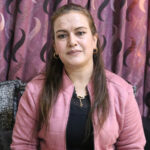 The Women's Council in the Euphrates Region has carried out many projects for women and children since its foundation. The council plans to open 10 “Houses of Life” in 2023. 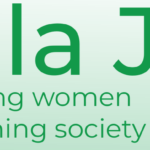 The Women’s Revolution in Rojava has for more than 10 years brought forward women in Northern and Eastern Syria who dedicate their lives to helping and supporting women in their daily lives in the face of all forms of hardship and threat. Mala Jin is one of these organizations that not only helps and supports them, but also actively works for women and society to live freely. This booklet, prepared by Kongra Star, is intended to provide a better insight into Mala Jin and to recognize the work and commitment of these women. 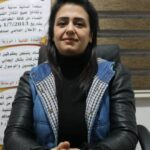 Sara Women’s Organization, which carried out many actions, events, campaigns, protests, and followed many violence trials to combat gender-based violence in 2021, will open new branches in 2022.