Al-Mansura (Arabic: المنصورة‎) is in the Al-Thawrah District of Raqqa, some 25 kilometres east of the Euphrates dam in Al-Tabqa. The al-Hurriyah dam is located here. According to the Syria Central Bureau of Statistics, Al-Mansura had a population of 16,158 in the 2004 census. 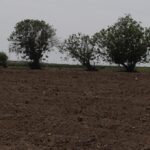 Wheat and other crops that the people of al-Mansoura town, southeast of Tabqa [Tebqa / Al-Thawrah], rely on in their daily survival have declined to less than half as Turkey continues blocking the flow of the Euphrates river, which constitutes a violation of the Convention on the Law of Non-Navigational Uses of International Watercourses. The Euphrates passes through Turkey, Syria

Turkey is Using Water as a Weapon of War

Turkey has always shown little understanding of the environment, also from an ecological point of view. It has shown no mercy towards nature and people, destroying the landscape and burying a millennia of history under water. One of the most perverse and ruthless ways of interfering in a country without actually entering it is by cutting