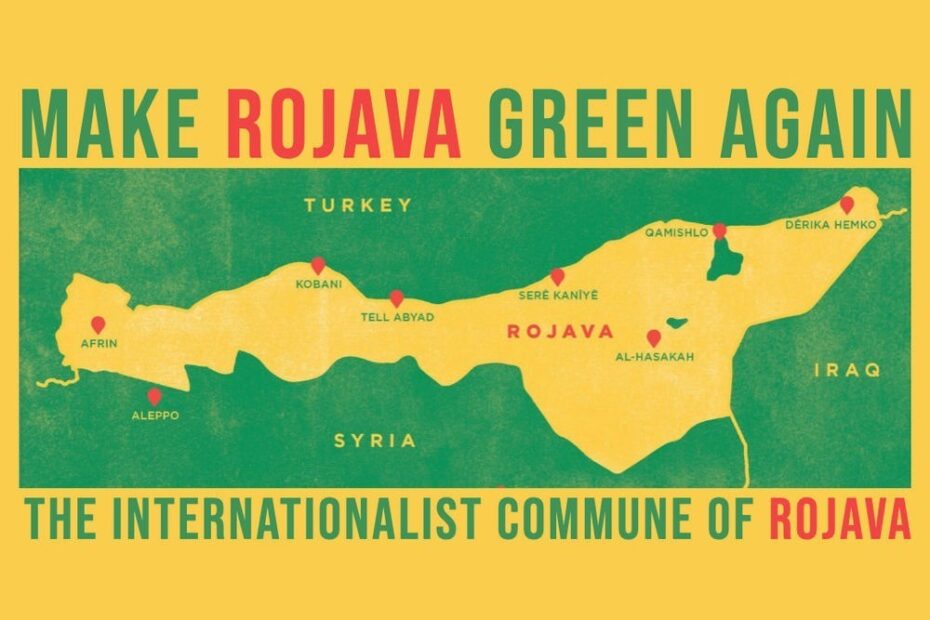 There has been a green wave flowing through the world in the last years. Still, we have not managed to change the status quo of the capitalistic system. We are being steered directly into climate-catastrophy by the governments, a system of nation-states at the command of big corporations and their logic of infinite money and power accumulation.

The time has come to draw conclusions. In the frame of the system, at the core of which is the oppression and exploitation of nature, women and youth, change will not be possible.

The time has come for a revolutionary orientation in the climate-movement!

On the 19th of July, we celebrate the 10th anniversary of the revolution in Rojava/North-East Syria. The people here have realized that at the core of the ecological issue is the organization of society. With an unending will to sacrifice, they continue to build up a society far from the capitalist consumption-mentality of neoliberal ideology which is destroying our planet. Social ecology is one of the three main pillars of their paradigm. Communal, sustainable agriculture is the goal.

How much this revolution actually offers a functioning alternative and a free future, you can see by how strongly it is attacked by imperialistic power-holders. Their goal is to smash the democratic movements here; the grassroots democracy which is fundamental for an ecological world. Right now, we are expecting a new large-scale invasion by the Turkish state to occupy Rojava. They are already attacking human and nature with their illegal chemical weapons. They burn down fields and forests, bomb towns and force people to flee. As part of their war, they continue to build dams in the north solely to cut off the rivers streaming southwards. As a result, the society in Rojava is suffering from a lack of water. The self-sustainable agriculture, the trees being replanted, are drying out. The people are giving a great effort to establish ecological principles, but the constant attacks and threats of war are not allowing the progress that could be achieved.

Let’s build an international front fighting for climate-justice! Rojava can be a role model for humanity to save mother earth. Let’s stand up for it together!