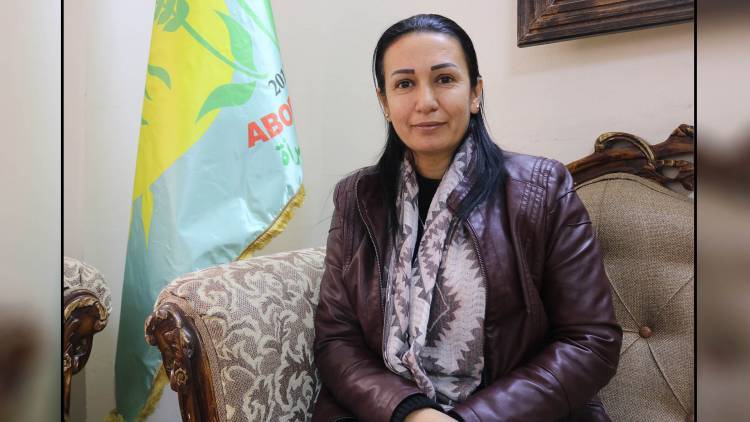 The Revolution in Rojava is not only a revolution in which armed struggle was carried out but also an economic revolution having an autonomous economy. After the revolution, also known as the Women’s Revolution, hundreds of women’s organizations were founded. These organizations supported economic independence in the region. They formed the Women’s Economy Committee to support women facing financial problems. Thousands of women joined the economic projects started by the committee.

Kongra Star Economy Committee Administrator Armanc Muhamed spoke to [Jinha] agency about their works in 2021 and their plans in 2022.

Noting that women are oppressed by society when they want to do work, Armanc Muhamed says that our society thinks women should stay at home. “More than 2 thousand women took part in our projects. Their aim was to create an independent economy to support their families without being dependent on anyone. We didn’t have experts when we started our projects but women improved themselves and become experts over time. They started their own projects. This year, women organized themselves in communes and cities.”

They realized their projects in 2021

Armanc Muhamed talks about the project they realized in 2021.

“800 women were employed in the tandoor and livestock projects in the villages. More than 100 women work for 71 plastic houses in Tirbe Spi within the scope of the Plastic House project. More than 70 women work for the cold-storage warehouse within the scope of the seasonal project started in Dêrik and Gir Kendal. We started a project for women to produce and sell furniture. We opened four workshops to sew dresses. The dresses sewn by women are sold in dress shops called “Lavin” in Qamishlo, Hesekê, Dirbesiyê, and Girkê Legê. We opened bread, animal husbandry, agriculture, and dress-making workshops for women in the Euphrates region. We opened a bakery and a food house in Deir ez-Zor. 20 women work for the bakery and food house.”

“We will empower women’s economy”

Armanc Muhemed also talks about their projects in 2022. “We will form a communal economy. We will continue to organize tandoor and animal husbandry projects through the communes. We will establish a special academy for the economy. We will empower women’s economy.”