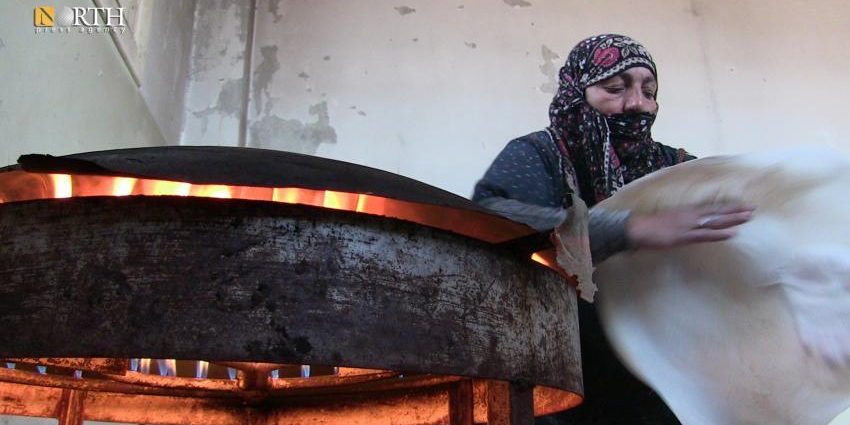 In a region that has seen fierce military battles, instability, conflict, and occupation, new efforts at economic cooperatives are taking root.

Much attention has been paid to the military achievements of North and East Syria, following the Syrian Democratic Forces leading a victorious battle against ISIS that brought about an end to its territorial caliphate in March 2019, and continues to successfully combat the organizations and its ideology with military support from the United States, as well as other members of the Global Coalition to Defeat ISIS. However, less attention has been given to the equally important social and economic changes brought about by the AANES in order to address the underlying issues in the region that led to the rise of ISIS in the first place, including sectarianism, economic struggle, and authoritarian rule.

Economic cooperatives have been a major initiative promoted by the AANES as a means of promoting equality, self-sufficiency, and cooperation amongst the various ethnicities and religions, as well as genders. Given the major economic challenges that the AANES faces – including but not limited to embargo, inflation, and of course, constant war – developing an economic system that prioritizes self-sufficiency and meeting the needs of the region’s population as opposed to profit is viewed as essential.

Prior to 2012, when the Assad regime ruled over the territory that is now governed by the AANES, the region had been intentionally left underdeveloped in order to ensure reliance on the central government in Damascus. When the regime withdrew from much of that territory in 2012, the AANES took control and gave parts of the land to local communes, in order to set up cooperatives that would promote self-sufficiency for local communities in the region. Local communities have had a significant amount of autonomy when determining how to best diversify, cultivate, and produce materials based on their specific needs.

Given North and East Syria’s status as the “bread-basket” of the country, the majority of cooperatives of the region have been agriculturally based, although the cooperative system has been expanding into bakeries, mines, and into textiles as well.

In addition to the anti-ISIS fight, the women’s liberation agenda that the AANES has prioritized at all levels of its society has been a major factor in the media coverage that the region has received. This focus on women’s empowerment has also been an essential aspect to the cooperative economy’s development. Many efforts have come through Kongra Star, the unifying confederation of women’s organizations throughout North and East Syria. The group established Aboriya Jin, an economic wing that has worked to develop women-only cooperatives. Just as the Women’s Protection Units (YPJ) provide for women to autonomously organize in military formation, the women’s cooperatives provide for the women of North and East Syria to autonomously organize in an economic sense.

An added challenge to the development of the alternative economic system of the AANES has been the COVID-19 pandemic. The crisis has put extreme pressure on the region due to a lack of ventilators, hospital beds, lack of access to vaccines, and medical supplies and equipment. Cooperatives of North and East Syria have contributed to this struggle, making masks and medical scrubs for members of the AANES, security forces, and civilians. In April 2020, during the first few weeks of the pandemic, the Qessipyan Workshop in Hasakeh produced over 20,000 masks, which were split between security forces, pharmacies, hospitals, and other medical facilities.

The economics of AANES are often overlooked in favor of the sacrifices made by the people of North and East Syria against ISIS, be they Arabs, Kurds, Syriacs, or others. But the economic transformation that has taken place under AANES, with its emphasis on local self-sufficiency, women’s liberation, and production on a basis of need as opposed to profit has allowed the region to weather the many storms it has continued to face, be it war, embargo, inflation, or pandemic.