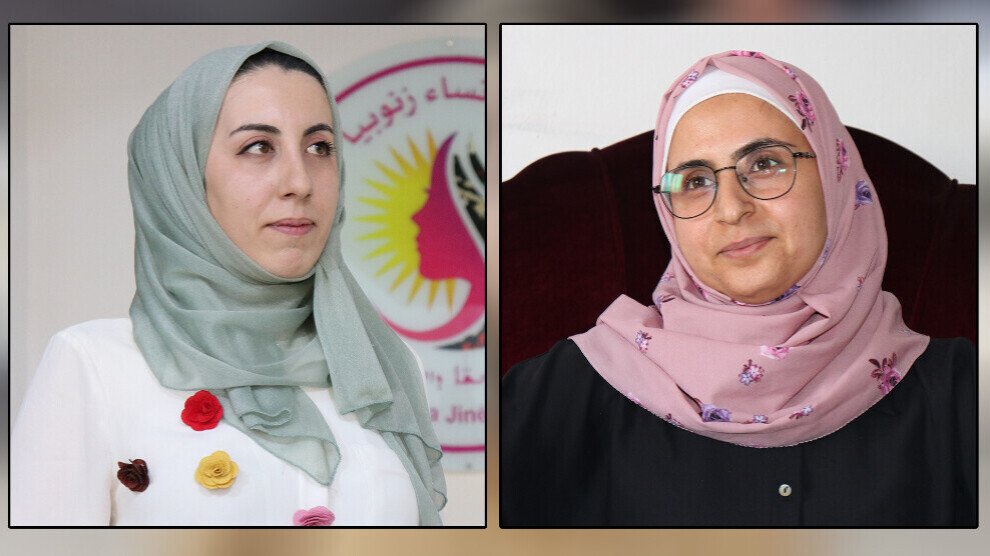 Women have been most subjected to the brutality of ISIS. The Democratic Nation project has liberated women from ISIS slavery. When ISIS killed women everywhere, the Women’s Defense Units (YPJ) fighters became hope for women. The ancient city Manbij is located 30 kilometers west of the Euphrates River. The city was also attacked and controlled by many terrorist groups such as Free Syrian Army (FSA), Jabhat al-Nusra and ISIS. The city was last occupied by ISIS and the city was liberated on August 15, 2016 from ISIS by the Manbij Military Council (MMC) and the Syrian Democratic Forces (SDF).

Establishment of the Manbij Civilian Assembly

Speaking about why the Syrian crisis continues for a long time, Nisrîn El-Elî, spokesperson of the Zenûbiya Women’s Community, said, “Today, the occupying Turkish state supports ISIS and the national army, which controlled Serê Kaniyê and Girê Spî. It also supports the armed factions controlling Afrin. With such support, ISIS took the control of Manbij, Raqqa, Tebqa and Deir ez-Zor. Many women living in these cities were abducted, raped and killed. The women were sold to the members of jihadist groups. Many women killed themselves in order that they would not face this atrocity. ISIS aimed to control women in order to control their society because ISIS knew that women are the power of their society.”

“It has changed the thoughts“

Underlining that the women of Manbij will always remember the liberation of their city because they will never forget that happy day, Nisrîn El-Elî said, “When the city was liberated, women were liberated from injustice and brutal practices. August 15 is the day of resurrection for women. The Revolution in Rojava and the liberation of Manbij are an important opportunity for women to prove themselves. The liberation of Manbij paves the way for women’s participation in all spheres of life. It has also changed the thoughts of society against women.”

“We will reach all women”

Stating that the Zenûbiya Women’s Community has reached 40 percent of women during its six-year struggle, Nisrîn El-Elî said, “Many women have joined us to build a conscious, political and ethical society. We have not reached all women yet but we try to reach all women. We participate in decision-making mechanisms. However, we still face customs and traditions that prevent us from reaching all women. As women, we will struggle and achieve gains together.”

“We have learned more about ourselves”

Hiba Dada, Spokesperson of the Women’s Committee of the Manbij Democratic Civil Administration, told us that they have experienced great changes since the liberation of Manbij. “After the liberation of the city, the women living in the city began to learn more about themselves. I am also one of these women. We have learned more about ourselves. We have learned what we did not know.”

Emphasizing that the Manbij Democratic Civil Administration’s Women’s Committee has played an important role for women to achieve gains, Hiba Dada said, “Providing job opportunities for women is one of the main responsibilities of the Women’s Committee. We have carried out many projects for women in the cooperation of the Free Women’s Foundation and Women’s Economy Committee. All projects have been carried out by women. We support the women, who want to work but are prevented by their families. We convince the families to allow their daughters to participate in the labor force. When I started working for the committee, I did not know anything about my rights. But I have learned my rights after being involved in the activities of the committee.”