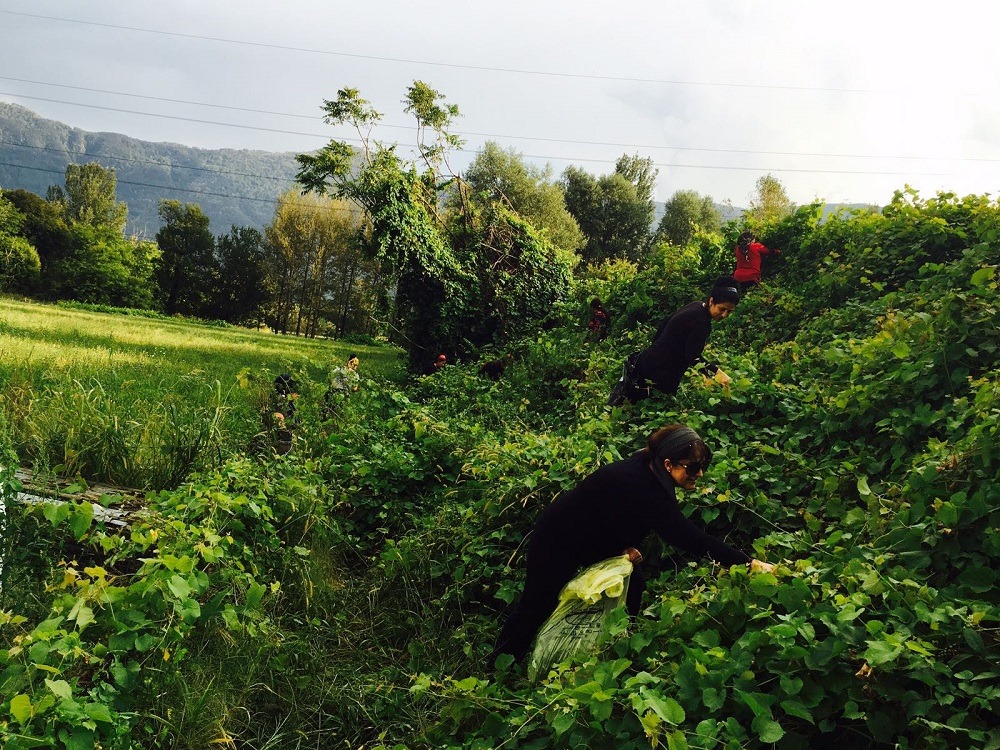 This is a translation of an article that appeared in Turkish on ANF News, 22nd September, 2016

In Bellinzona, Switzerland, a volunteer group of 16 Kurdish women have set up a cooperative.

In the wake of the massacre in Cizîrê [Jazira Canton, Rojava’s largest province] conducted by AKP/Erdoğan, the women reasoned that if they cannot reach the country, there are things that can be done from where they are, and set to work collecting grape leaves in order to send the revenue to Cizîrê. After convening in houses to make stuffed grape leaves and selling them without intermediaries, the revenue was sent to the towns that were devastated following struggles for self-rule.

Asserting that, “In nature, there is enough for everyone”, the women have decided to work permanently to develop the communal economy by making use of the products they have collected from unowned lands, and expanding their range to jams, canned goods, and chestnuts.

“We can overcome domination with self-empowerment.”

Dilan Çetinkaya provided information about the work of the cooperative, saying, “Cooperative work emerged from the will to reach the people that live in towns that were destroyed following attempts to establish self-rule. We had been watching the developments in Cizîrê on television, and we began this business thinking that there are things we can do to contribute to our friends’ magnificent struggles, even though we are thousands of kilometers away.” Çetinkaya remarked that the women’s self-empowerment and development of the communal economy can overcome the dominant ideology.

Stating that, “The fertility of nature can help us heal our wounds”, Çetinkaya added: “We asked ourselves why we wouldn’t continue. We had a discussion and made a decision to found the cooperative. We started this project as a female initiative, and now we work in a group of 16. We prepare products for all seasons. We make stuffed grape leaves. Apart from this, we are preparing to produce jams, chestnuts and canned goods.”

Explaining that the products reach the market without intermediaries, Çetinkaya said that they are looking for a place to sell them. Emphasizing that the only way to overcome male and state dominance is female self-emancipation, Dilan Çetinkaya noted that they will continue to work and transfer their revenues to North Kurdistan or Rojava, depending on necessity.