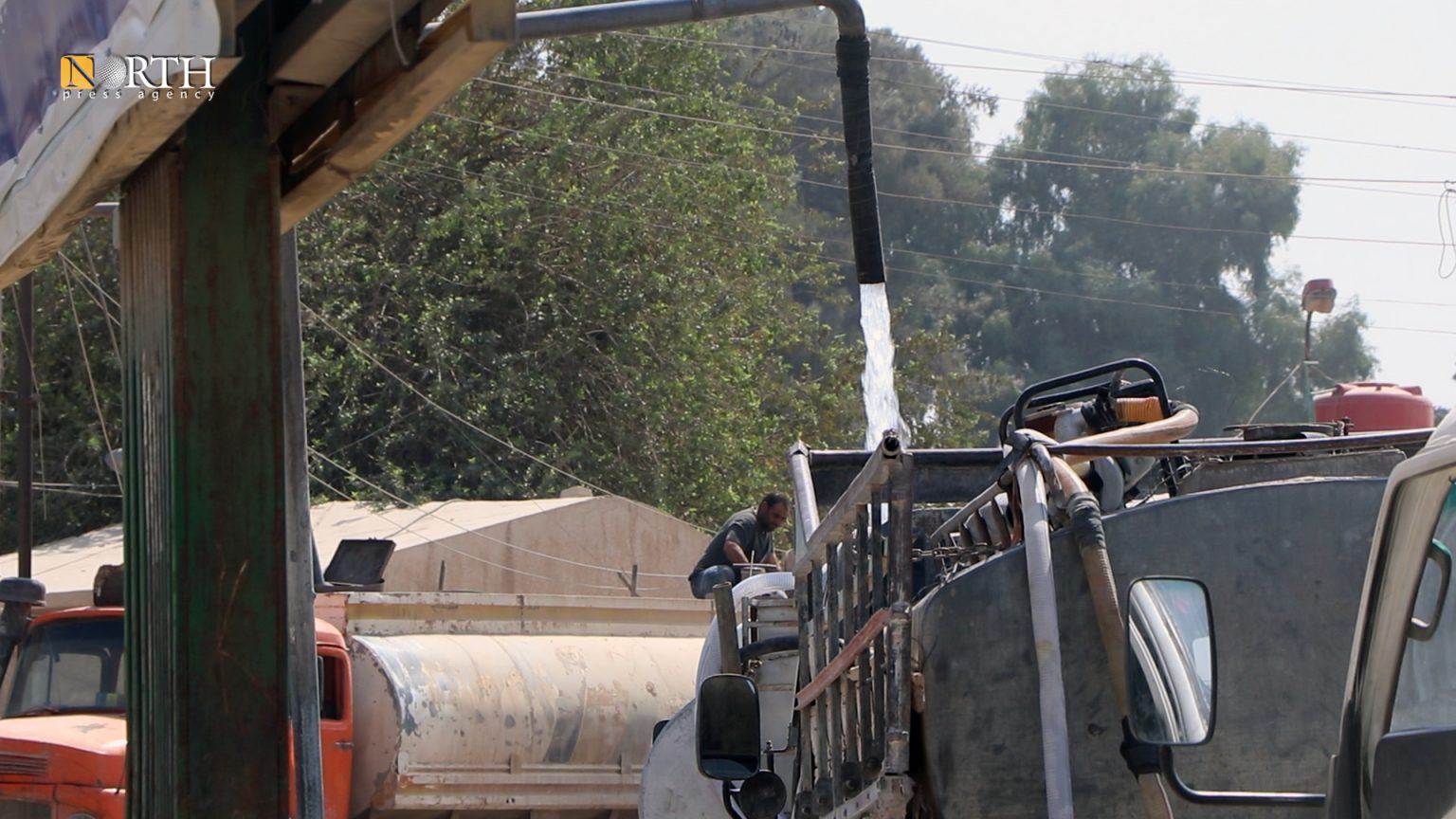 Sozdar Ahmad, co-chair of water directorate in Syria’s Hasakah, said they were late in distributing water to neighbourhoods due to the weak water flow from the Turkish-held Alouk station in Serekaniye in the country’s northeast.

The Station supplies 1,000 cubic metres per hour, while water reservoirs in Hasakah need at least 12 hours to be filled and distributed to districts, according to Ahmad.

In a statement to North Press, Sozdar said after fulfilling Himme wells project, that does not cover 50% of people’s needs, there was a slight improvement.

She confirmed that they pumped water for long durations to the largest possible number of homes in Hasakah.

Water takes at least ten days to reach the neighbourhoods of Hasakah due to the weak pumping of wells, according to Ahmad.

Meanwhile, water does not reach the high districts and areas that have water network malfunctions, according to Ahmad.

She further added “We are going to maintain those malfunctions to secure water.”

The UN International Independent Investigation Commission of Syrian file said that since the Turkish attack on Serekaniye [in] 2019, main electricity lines supplying power to the water station have been damaged in the fighting causing the water station to stop working.

Additionally, Turkey has cut off water flow from the station for nine times, to hundreds of thousands IDPs and civilians in Hasakah and its countryside.

In a statement in March, Human Rights Watch Organization stated that “Turkey’s cut off water flow curbs the humanitarian organizations from preparing and protecting vulnerable communities in the COVID-19 pandemic.”

On March 23, UNICEF Representative in Syria Fran Equiza said the Turkey by the water interruption “during the current efforts to curb the spread of the coronavirus disease puts children and families at unacceptable risk.”

Alouk water station, which has been repeatedly interrupted, serves drinkable water to around 800,000 people besides being the main source to fill the tanker trucks that carry water to the makeshift camps of Hawl, Areesha and Washo Kani, which host tens of thousands of IDPs from different Syrian regions.

The Autonomous Administration and the Syrian Government, who share control over the city of Hasakah, attempted to re-launch the Alouk water station, with direct assistance from the Russian military command in northeastern Syria, which has held talks with Turkey and intervened more than once to urge Turkish forces to operate the station.

However, in exchange for resuming the water pump from the Alouk station, Turkey requested maintaining the Turkish-held Mabrouka power station west of Sere Kaniye and supplying it with electricity from the Tishrin Dam, which means supplying Sere Kaniye and Tel Abyad with power in exchange for providing Hasakah and outskirts with water from the Alouk station.