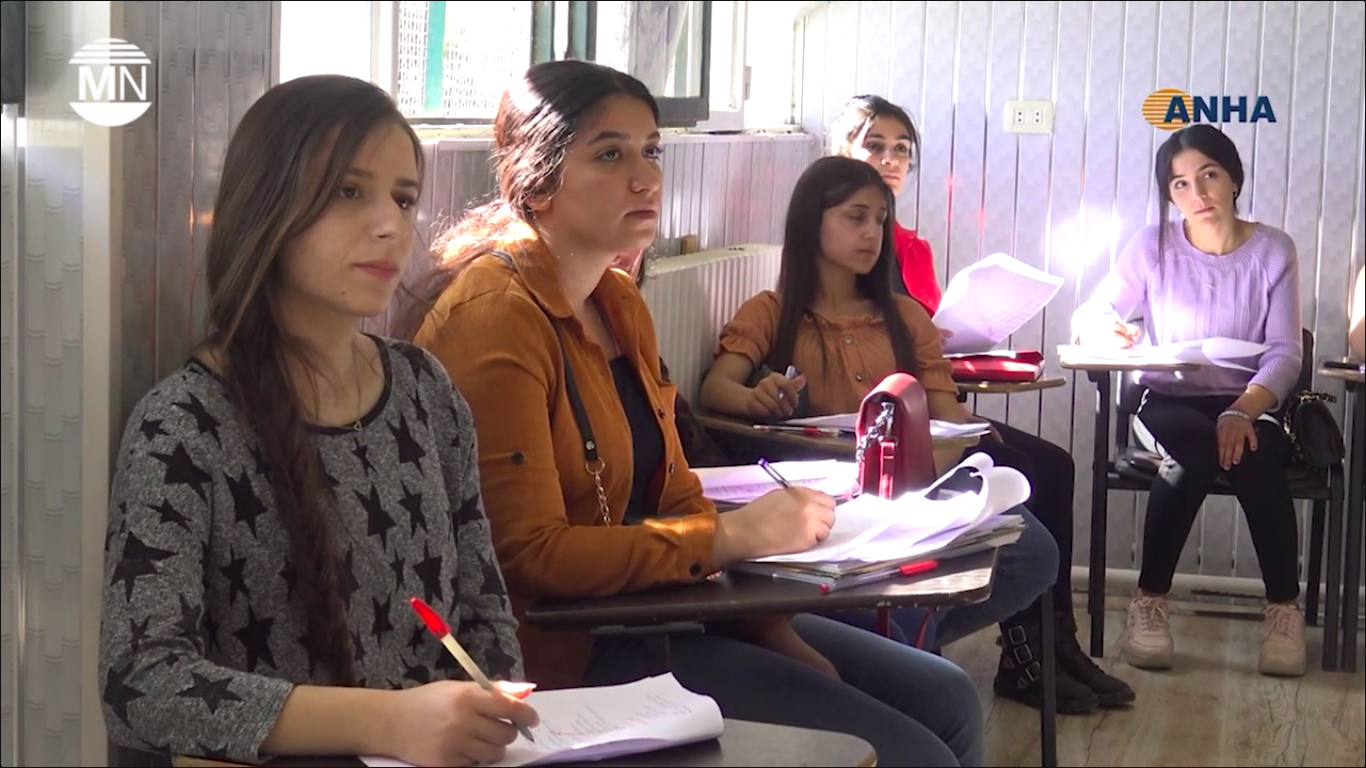 A new academic year has begun at the University of Rojava, a university dedicated to pluralism, gender equality and environmental justice in a land surrounded by threats of war and ‘occupation.’

The University of Rojava was founded in the city of Qamislo in north-east Syria after the revolution in 2016 which resulted in the establishment of the Autonomous Administration of North and East Syria (AANES).

Founded with a mission of supporting cultural, linguistic and religious pluralism, gender equality and environmental justice, the university began its sixth academic year this fall with 750 new students enrolled.

Students at Rojava University spoke to ANHA about life and some of the general principles of education at the university.

Nesrin Yûnis stated that ”a democratic system” is central to the ethos of Rojava University, enabling integration for everyone.

She emphasized that one of the important aspects that distinguishes the university from others was that it offered education in the mother tongue language.

”If we do not receive education in our native languages, we cannot be aware of our national values. I’m proud to be here,” she said.

Dilşêr Hiso from the Kurdish Literature Department described the strong relationships that exist between teachers and students. ”At the university, students can freely have discussions with their teachers and express their ideas,” he noted.

He indicated that he wanted to write poetry and short stories after his graduation alongside his professional career. “I wish to report about violations of rights and massacres committed against the Kurdish people,” he said.