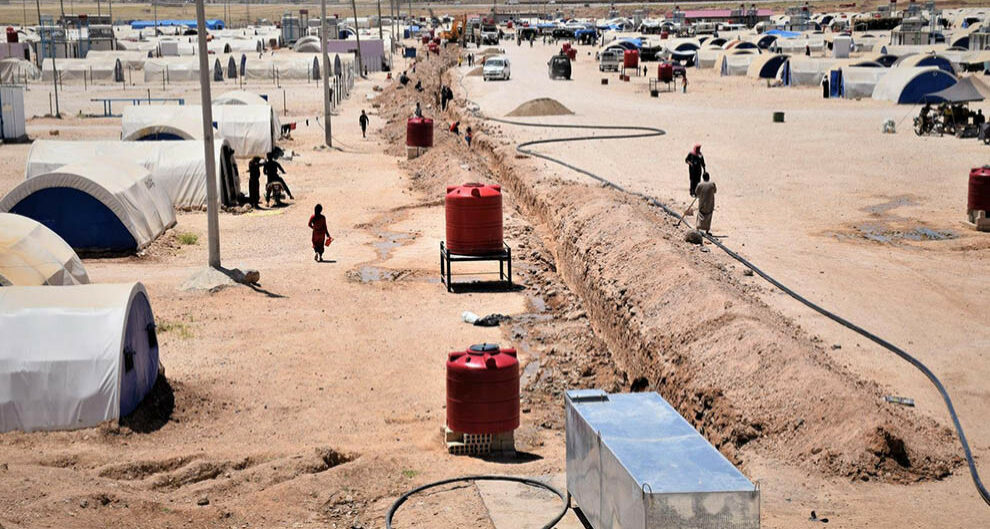 In many places in Rojava water has been scarce since the invasion. Getting enough water for all people is a big challenge in the shadow of war, embargo and coronavirus emergency. At least the problem in the Washokani camp could now be solved.

In the autonomous regions of northern and eastern Syria, which were shaped by the Turkish Jihadist invasion, drinking water is now a scarce resource. Since Islamists occupied the waterworks in Elok (Allouk) east of Serêkaniyê (Ras al-Ain) seven months ago on behalf of the government in Ankara, the greater Hesekê area with up to one million people and almost 30 villages in the region between Til Temir and Zirgan (Abu Rasen) have been completely cut off from the water supply. The refugee camps in northern and eastern Syria, which are home to tens of thousands of internally displaced persons, are also affected by the lack of water.

More than twelve thousand people from Serêkaniyê now live in the Washokani camp, which is located about twelve kilometres from Hesekê. The autonomous self-government and the Syrian Democratic Forces (SDF) had initially pumped water from various sources and brought it by tankers to the camp and all other regions in order to guarantee the drinking water supply for the population. As this method had become increasingly difficult, especially since the outbreak of the Coronavirus pandemic, new solutions had to be found.

First, an old drinking water well discovered in the camp was refurbished at Washokani. The base was enlarged and the water supply was repaired. At the same time, excavations for a new water well took place. This has now been built, and a total of eight kilometres of pipes have been laid. Thus, the supply of the entire camp can be guaranteed.