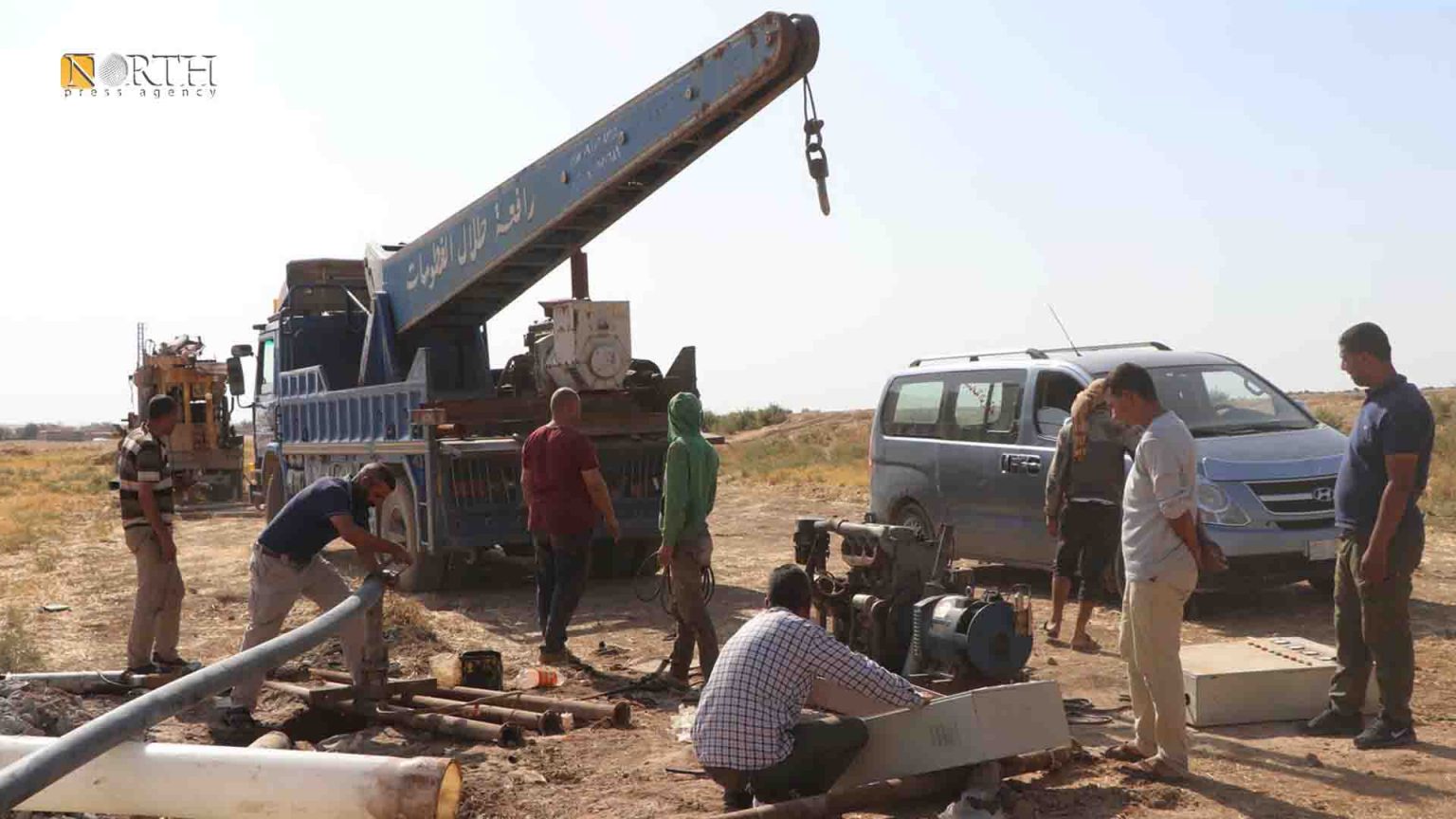 On Tuesday, the Water Directorate in the municipality of Tel Tamr town, northwest of Hasakah, began implementing a project to drill a well east of the town to ensure if the groundwater is suitable for drinking.

This project is considered as an alternative of Alok Water Station in the countryside of the city of Sere Kaniye (Ras al-Ain), which Turkey and its militant proxies took over in October during Turkey’s so-called Peace Spring Operation.

Khalid Hami, an official of water directorate in the town, said that the well was in the experimental stage to know the abundance of water, and to analyze it to know whether it is drinkable or not.

“If we succeeded in that we will drill more wells.”

According to Hami, the water will be diverted from the wells to the main network in the town by connecting it through pipes to feed the town center and its villages.

The official in the Water Directorate stated that the well would be operated on a 72-hour period to find out the water level.

The directorate dug the well in an agricultural land in the village of Ain al-Abd, 13 km east of Tel Tamr, as there was a former well in that area, which pumped fresh drinking water.

Hami indicated that if the project succeeded, the site will be turned into a mini-project for Alok Water Station and be an alternative source for it.

The Water Directorate in the city of Hasakah had previously implemented a similar project in Hamah area in the city countryside, it dug 50 wells, which entered service at the end of August, and supplied all neighborhoods of the city with potable water.

The city of Hasakah and its countryside suffered during August from a severe crisis in securing safe drinking water, after the Turkish forces cut off water from the Alouk station in the countryside of the city of Sere Kaniye (Ras al-Ain), which supplies the entire Hasakah region with water.

Sozdar Ahmed, the co-chair of the General Directorate of Water in Hasakah, told North Press in a previous statement that they are delaying the distribution of water to the neighborhoods due to the lack of water supply from the Alok station in Sere Kaniye (Ras al-Ain) countryside.

The water supply from Alok station is estimated at 1,000 cubic meters per hour, and the water tanks in Hasakah need 10-12 hours to fill them and distribute them to the population, according to Ahmed.