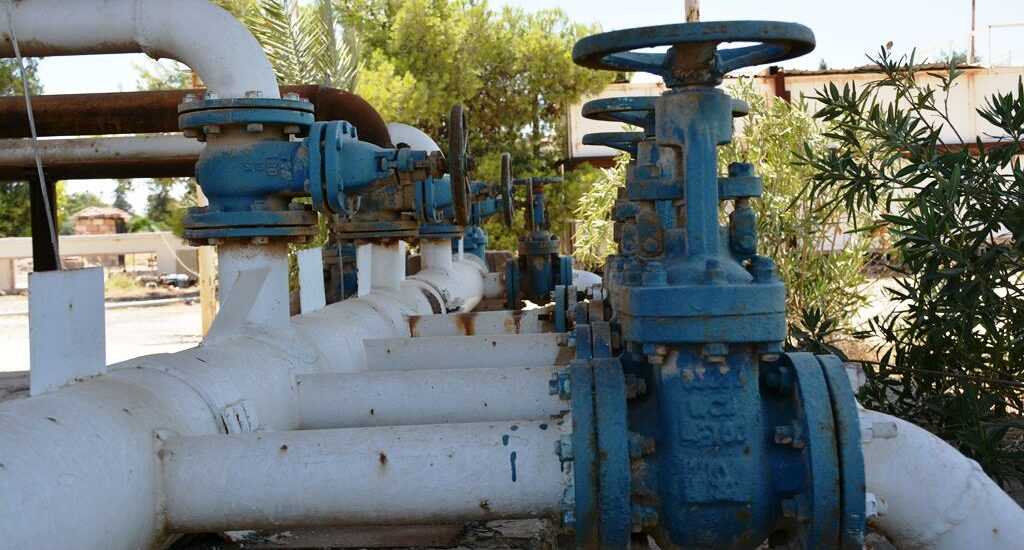 The director of the 47 Station, Suleiman al-Khalil town, explained that the Euphrates River water extraction project will secure around 15,000 cubic meters of water daily for Al-Hasakah.

The water crisis had started in the city and its countryside after the occupation of Turkey and the mercenaries of the so-called “Syrian National Army” Alouk station in the occupied Serekaniye.

According to the director of the project, Eng. Suleiman Khalil, about the Euphrates River water extraction project, in which the operating workshops began rehabilitating water pipelines on January 4 this year, “The project is one of the emergency projects, through which Al-Hasakah will be supplied with a quantity  from the waters of the Euphrates. “

He pointed  that the infrastructure for the project previously existed, but it was out of service, and said, “The water arrives from the Euphrates River to the water pumping station in Al-Sour district in Deir Ezzor, and from there to the Al-Alwa station near Margada and from there to the Shaddadi station previously, where the project was called in the past  Al-Hasakah Villages Irrigation Project.

Al-Khalil added, “The current work idea revolves around rehabilitating the water pipelines that were vandalized and destroyed during the mercenaries’ control of the southern regions, to make it a vital project, and perform its function for which it was established, in addition to completing the project to reach the water supply to the Aziziyah station in the city.”

The 47 station is the link between the old project and the delivery of water to the Aziziyah station in Hasaka, to pump water to the neighborhoods of the city.

He continued, saying, “The work in the new station is proceeding according to new plans, by building a new water tank and a new pumping hall. These tanks are combined ground tanks that hold 360 cubic meters of water, and a pumping hall will be built on it that accommodates three pumps, two of which are main and one backup.”

Al-Khalil pointed out that the capacity of these pumps is 400 cubic meters per hour, and therefore the amount of water reaching the filtration basins in  the city will be 15,000 cubic meters.

The Autonomous Administration in Al-Jazira region announced yesterday, through a press conference, the official launch of the project.

The project is scheduled to enter service by the end of March 2021.