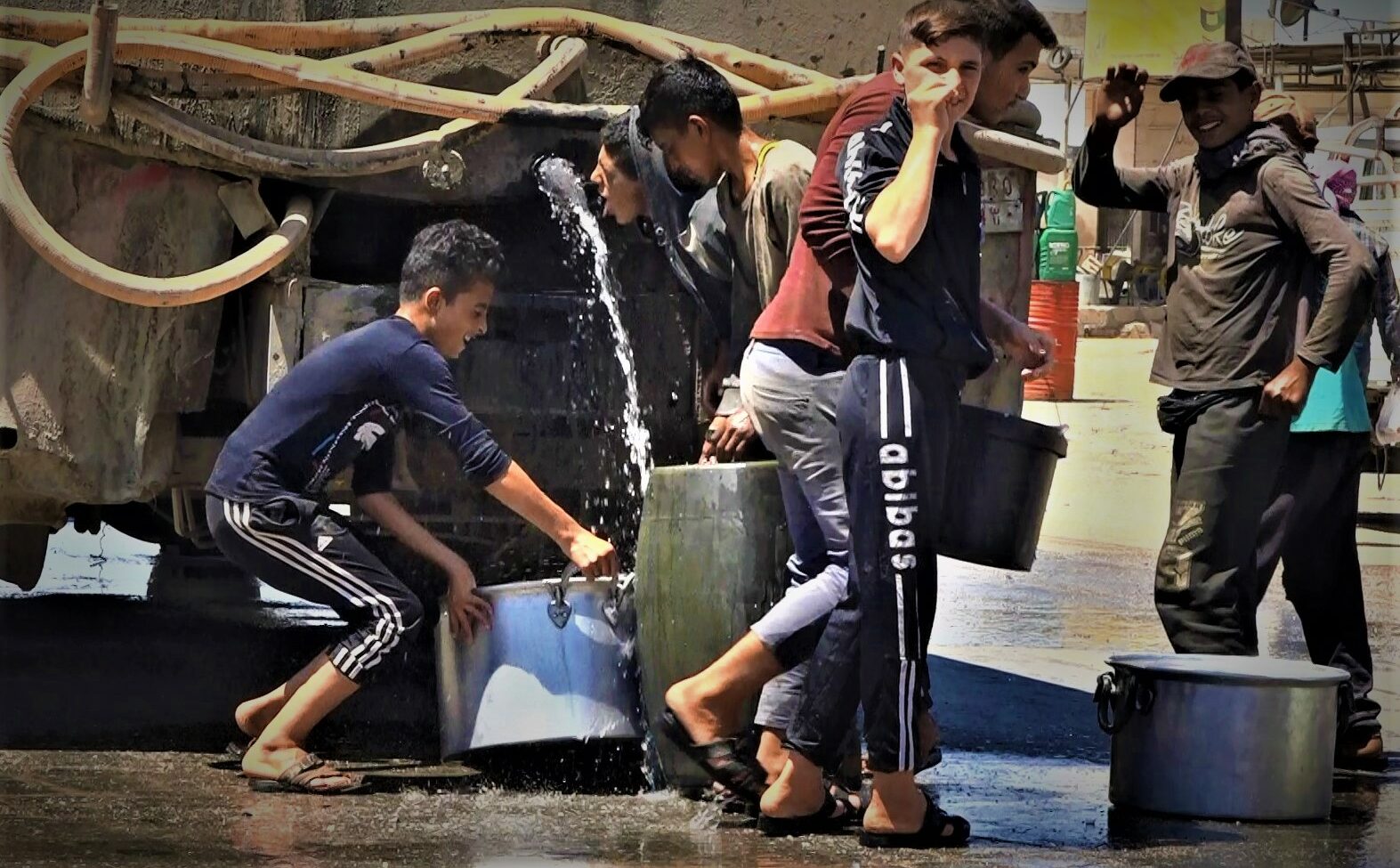 In flagrant violation of international norms and laws, the Turkish occupation used water resources as a political card to pass its occupation policies towards the regions of northern and eastern Syria and its people, while the Autonomous Administration (AA) and the people showed strong cooperation and solidarity to confront the occupation plans.

Since the occupation of Serêkaniyê region by the Turkish occupation and its mercenaries, including Alok water station east of the city, the Turkish occupation and its mercenaries have been cutting off water from the people of al-Hasakah and its countryside, in flagrant violation of all international laws and norms, with the aim of undermining the will of the people of the region and striking their democratic project.

Alok water station which is under the control of the Turkish occupation and its mercenaries is located east of Serêkaniyê city, and more than one and a half million residents of al-Hasakah city and its environs depend on it, in addition to a huge number of displaced people living in each of the camps of al-Hol, Areesha and Washokani to secure drinking water throughout the year.

Since the occupation of Serêkaniyê in late 2019, the Turkish occupation has cut off the water of the station to the people 8 times in a row, which has caused great suffering, especially in light of the outbreak of the Corona epidemic in the regions of northern and eastern Syria and the emergence of hundreds of infection cases with the virus.

Although the issue of cutting off the water from the Alok station to the residents has turned into an international issue, the Turkish occupation has violated all international norms and charters completely and continued to cut off the water.

Autonomous Administration made its efforts to find alternatives

The Autonomous Administration in al-Jazeera region did not rely on the Turkish occupation’s commitment to international laws, and it also did not count on international complacency, rather, it made its efforts in coordination with the relevant authorities in the Administration to find permanent alternatives to secure water for the people.

Accordingly, the Administration began establishing al-Hemma water station project, 11 km west of al-Hasakah, which includes drilling and operating 50 wells, and pumping water from them to the neighborhoods of al-Hasakah and its countryside.

With the operation of the plant on August 24, 500 cubic meters of drinking water per hour began to be pumped to the neighborhoods of al-Hasakah.

Civil initiatives to secure drinking water for the people

After cutting the water to the city and its countryside, the people were forced to buy water from the owners of the tanks, and due to the increase in the demand for water, the prices also increased which burdened the people.

In order to secure water for the people, the Syrian Democratic Forces (SDF) took the initiative to allocate its tanks and assign them to transport water to the people in the neighborhoods and countryside of al-Hasakah, where the mechanisms were put in place at the people’s municipality service in the city to reduce the water crisis.

The Democratic Union Party (PYD) organized in coordination with independent youth in ed-Dirbasiyah district on August 27th an initiative that includes securing 60 water tanks distributed to a large portion of the people, while the notables and sheikhs of al-Shamer clan in the city took the initiative to distribute water tanks to the neighborhoods of the city on August 28th for three days in a row to deliver water to the largest number of people.

The Co-Chair of the Water Directorate in al-Hasakah canton, Sozdar Ahmed, explained during a phone call with Hawar news agency that the amount of water currently being pumped from Alok station is few, and it is not sufficient to be pumped to the neighborhoods without operating al-Hemma wells.

She noted that they will continue pumping water according to the currently followed plan which is a plan that depends on distributing water to a specific sector every day, after filling the main reservoir and operating 49 wells from al-Hemma station, and each sector will receive water every 4 or 5 days.