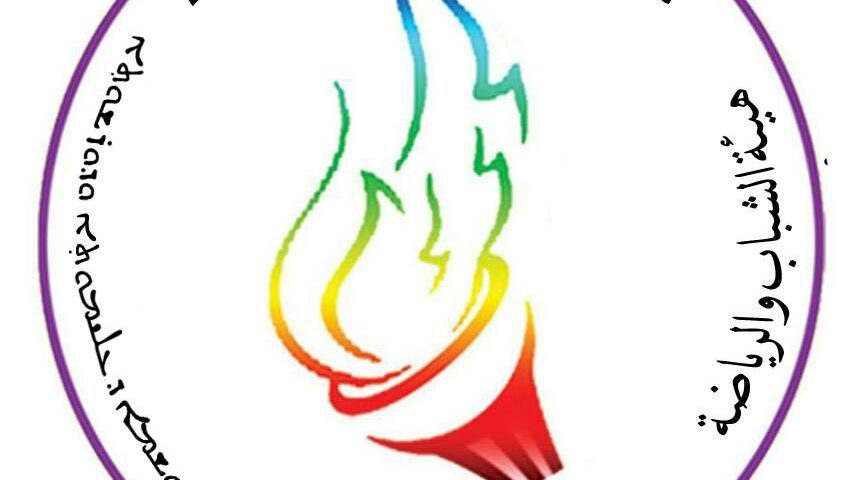 The sports federation in North and East Syria

Sports is considered a physical effort or skills that are practiced according to agreed rules with the aim of entertainment, competition, gaining balance between body and mind and many other purposes.  From a psychological perspective, sports are considered to be the disposal of negative leisure time and the exploitation of time and having a good time. It helps in gaining self-confidence, feeling stronger, getting rid of negative feelings and gaining balance between mind and the body. On the social level, it helps in forming new friends,  strengthening the community and protects the youth of society from wrong behaviors such as smoking, drugs and the like. In this sense sport is important for the individual as well as for the society.

In light of the wars and events that took place in North and East Syria, sport is even more important. People in North and East Syria suffered years of oppression under the Baath regime and the identity of Kurds, Ezidians, Assurians and other non Arabic groups was denied. The regime created distrust and borders between people of different ethnicities and religions. In many places ISIS ruled, destroying society and oppressing all other ways of living and thinking. Sport was banned. All these influences have a very negative and thorough impact on the individual and society. Therefore in rebuilding the society in all its spheres, sport is very important.

After the revolution which took place on the19th of July 2012, the people in North and East Syria built up their society without a state. Based on principles like inclusion of all groups, freedom of women and real democracy and ecology, the people organized the society by themselves by building up communes and councils.

The field of sport was also again reorganized.  It was necessary to revitalize sports in the region for recreation and rehabilitation of individuals of all age groups, and to relieve pressures on them due to the scourge of wars through the practice of sports. Sport can give positive energy, create unity and a sense of belonging. Sport is essential for a society, especially for a society like North and East Syria, which underwent so many changes in a short time and was confronted with so much pain, like ISIS, denial of its own existence, and war. Because of the war, the occupation of Turkey and ISIS, the field of sport declined massively and a breakdown of many sports talents and its cadres took place.

Despite all these difficult circumstances, the Sports Federation in North and East Syria was able to establish itself within the democratic self-administration since 2015, and the latter provided all facilities and support to advance sports and make it continue as it was before, and even more than that. The regions of North and East Syria were and still produce distinguished players at the level of the Middle East and Europe, and there are many examples of that: The late player Haitham Kajo was one of the top scorers in Syria and the Arab world. As well as from the new Arab and international professional players, such as Sennacherib Malki, who won the title of top scorer in the Dutch league in 2012, as well as the player Muhammad Othman, Muhammad Al-Soma and many others.

The Sports Federation began to restore the infrastructure of sports facilities, holding tournaments and competitions, and forming teams with the necessary support for them. We can say that sports after the revolution has become more comprehensive and more interesting than before because the region was marginalized due to the policy followed by the Baath regime. This region has a Kurdish majority, which at that time did not obtain Syrian citizenship.

An office for female sports was also established to promote women in sport. The Female Sports Office was established in 2017 within the General Sports Federation. We can say that since the beginning of the revolution, women have taken a leading role in all areas of life, including sports, and have been able, with determination and dedication to establish their own teams and recently entered the field of arbitration. Previously, women’s participation – we are talking about before the July 19 revolution – was limited to some individual games.

Areas such as Raqqa and Deir ez-Zor remained under the rule and culture of ISIS until respectively 2017 and 2019, so that the ideology of ISIS had an enormous effect on the lifes of everybody, but especially on the lifes of women. Sport was banned and women were locked in the houses.

With the establishment of the female office, effort is made to include women in sports in all areas. Female teams were formed and women also participate in individual sports. Football teams for girls have been formed, which is new for North and East Syria. The girl’s playing of football motivated them to persevere and continue, and to break the rule that females are restricted to playing a specific game. Currently, work is being done to form a female football team in the city of Raqqa, which was called by ISIS the capital of the Islamic Caliphate. While Manbij, Tabqa and Deir ez-Zor remain free of female sports due to customs and traditions, with the passage of time we hope that this will change.

In addition to football, women have entered all fields of other sports, including Taekwondo, and all of this is done under the umbrella of the “Women’s Games” office that was established within the Sports Federation in North and East Syria, which supports women at all levels and fields. Training and theoretical courses are provided, as well as courses for arbitration. Female players from teams in other regions of Syria have been dispatched to play in the teams’ ranks in North and East Syria. We mention, for example, but not limited to, Sardam Sports Team, which received girl players from Damascus and Salamiyah to play in the volleyball team. If this indicates anything, it indicates and confirms the formation of good female sports in North and East Syria.

There are many achievements, but also still some obstacles which needs to be overcome. As mentioned before, work still needs to be done to reach out to all women in all areas. Other obstacles being faced: the quality of the training is so good that some players reach a professional level, but because North East Syria is not recognized they have to leave their teams and play in teams recognized by the Syrian League and the efforts being done in North East Syria get ignored.

Also, the economic conditions in North East Syria are not so good, making it difficult to build or repair the needed sports stadiums or gyms.

We want to be able to form a team representing North and East Syria. Although we have the players, we could not, because foreign clubs and concerned parties in the world did not support this.

Future plans set by the Sports Federation to develop the sports sector: work on equipping and renovating the existing sports facilities; work to establish academic schools specialized in all sports, to include their practical and theoretical aspects, in an academic and global manner; reactivating some sports that did not do well, such as handball, equestrian and swimming, due to the lack of suitable places for them and the high costs of establishing these stadiums, which exceed the budget of the Sports Federation; continuing to deliver our voice to the international bodies interested in sports affairs to recognize us and our self-management so that we can then participate at the Arab and international levels, and our players can move to the clubs officially and through us.