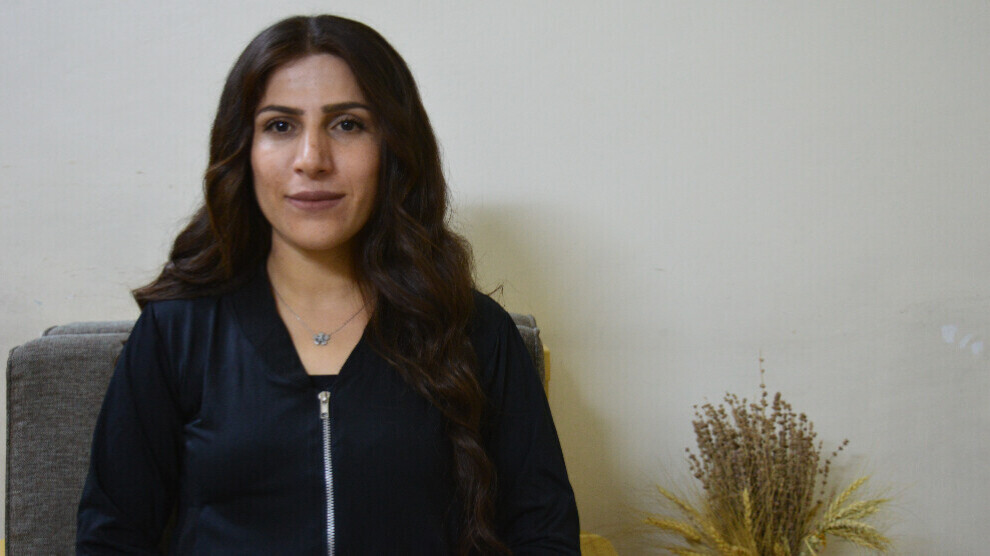 Speaking about the effects of the Syrian war and conflicts on the environment, Kongra Star Ecology Committee Spokesperson Rîhan Temo said that the main source of the problem is the patriarchal-state system.

The current crises we have experienced due to wars and conflicts not only kill people but also cause irreversible damages to nature, environment. The nature in Kurdistan suffers from these damages due to the hegemonic system that uses chemical weapons and dirty war methods. Kongra Star Ecology Committee Spokesperson Rîhan Temo spoke about the effects of wars and conflicts on ecology.

The system deepens the crisis

Indicating that there is an environmental crisis in this century, Rîhan Temo said that this crisis also poses a threat to humanity. “The hegemonic system plunders nature for its own interests. This system causes the deepening and growth of ecological, economic and social problems. The war and conflicts in the Middle East and Europe increase this threat. Thus, the turmoil caused by wars and conflicts endanger human life, leading to the growth of ecological crises.”

Attacks on women and nature

Speaking about the encroachments on nature and the environment, Rîhan Temo said, “The attacks on nature and women are the result of the same mentality. These attacks show sexism and the attacks of Turkey on the nature of Kurdistan.” Pointing to the ongoing attacks on North and East Syria, she said, “The Turkish state carries out attacks in order to invade the region. It continues to launch its operations and poses a threat to the people living in the region. The Turkish state has cut off the water of the Euphrates River. This causes natural disasters and risks the lives of people. We know that the current diseases are the result of the war waged against our region. Every day, the trees on the Kurdistan Mountains are cut down. This is an attack against the mountains of Kurdistan. In addition, the use of chemical weapons destroys nature and the people.”

Call for protecting the environment

Calling for protecting the environment and ecology, Rîhan Temo said, “Protecting the nature is important. We should build an ecological culture and consciousness in North and East Syria to protect nature. We cannot protect the environment without changing our thoughts. We should get rid of the system that was taught to us. When we change our thoughts about nature, we have an ecological life.”

Unfortunately the video below does not contain English language subtitles.