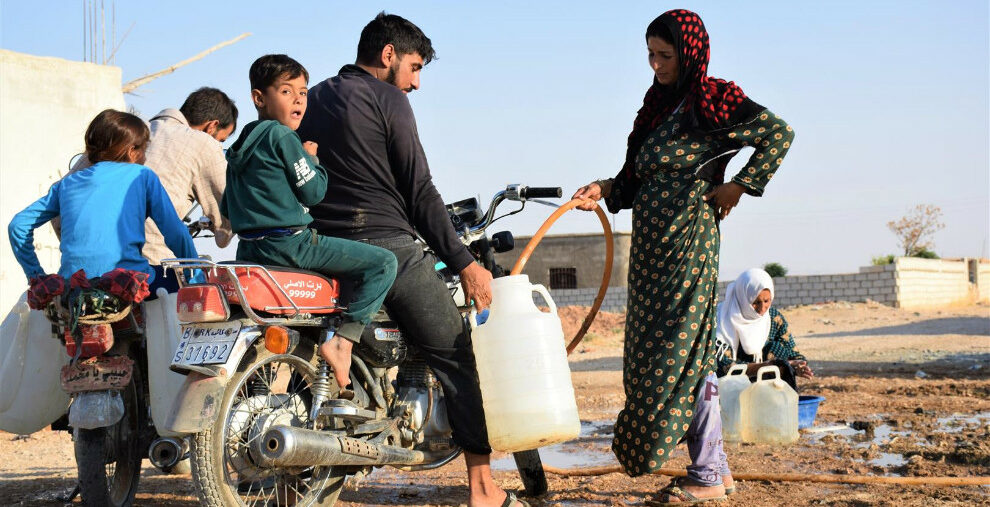 Alouk Water Station keeps being targeted by Turkey preventing people in many villages to reach water.

The water problem in Hesekê Canton continues to worry the Autonomous Administration. The problem got really bad when the invading Turkish state began interrupting the provision of water from Alouk Water Station, located in the east of Serêkaniyê and providing the drinking water needs of the Hesekê Canton.

The village of Em El Kef in Til Temir is one of the hundreds of villages suffering from water shortage due to the water war launched by the Turkish state. It is located at the border of the occupied regions. Water cannot be delivered to the village due to the fact that it is constantly targeted by the invading Turkish state and its mercenaries.

The villagers said that the attacks of the invaders continued, along with the water problem they experienced.

A resident of the village named Ecil El Hisen told ANHA that the water in the village has decreased significantly for a month and said: “Our water has decreased since the invading Turkish state and its mercenaries got closer to the village. Water is the most basic need of the people and we try to address and solve the issue with water tankers. However, water tankers cannot enter the village because drivers are afraid that they will be targeted by the invaders.”

Huriye El Ehmed said that the village is located very close to the mercenary’s position and added: “Since our village is close to where mercenaries are deployed, water tankers cannot come to the village. The Turkish state shut down the Alouk Water Station, leaving people without water. The crimes committed by the occupiers against the people are endless. They not only cut the water of our village, but also attack us with heavy weapons. My house was damaged by the bombings. Our region was safe before the Turkish state came. It disrupted all the security of our region with his occupation and attacks.”