The need to establish co-operative societies has been growing because of their role in improving people’s lives and achieving self-sufficiency, and also because they’re based on the principles of co-operation and communalism.

Basmah said that one of the most successful projects is the Mezopotamya Bakery, which is half automated. The bakery has many members.

“Most of the projects are agricultural, however there are other projects under way like a supermarket, a car wash, mills and ovens, also a women’s livestock project. There are many projects and they are currently being discussed.”

The co-operatives have strengthened the social fabric

The aim of co-operatives does not stop at securing the livelihood of citizens, they also connect and establish relations with one another as well. Co-operatives create connections between the members of society, and they are the pillars of mutual existence. Basmah mentioned many co-operative societies that have been rejected and were not granted authorisation for various reasons, including that some of those proposed would not have included all parts of society. Some of them would only have been open for family members, and that goes against the internal rules of co-operative societies.

There are 18 co-operative societies in Serekaniye, including 13 agricultural co-ops, Mezopotamya Bakery, and two commercial projects.

The profits of the agricultural projects

The co-operative society Hevgirtin opened Mezopotamya Bakery, which is half automated, from the profits that were made by the agricultural projects in the years 2015 and 2016. The participants in the agricultural societies planted barley in 60,000 dunams (decares) of land, and had 1,250 members, each of whom has received a dividend of 253,000 SYP. According to the internal system of co-operatives, 15% of profits are sent to the Centre of Co-operatives to help other co-operatives. Each member participated with a contribution of 33,000 SYP to open the bakery.

There are seven members who work in the bakery, three women and four men. The bakery produces two tons and 700 kg of bread. The monthly dividend is estimated about 1,100,000 SYP. The bread is sold to the people directly.

At the start of opening the bakery ten pieces of flat bread was sold for 200 SYP.

Fawaz Ahmed, an administrator of the Serekaniye bakery, works from 2pm until 9pm.

The formation of a union for co-operative societies.

A special union was formed to unite about 13 co-operatives. The size of the land that was used for cultivation was about 42 dunams. Last year, 612 tons of barely were planted. A loan was taken to buy the seeds, and it was paid back after the crops were sold. The Centre for Co-operative Societies announced a tender for the tractors to start working.

Administrator Ahmed Ali said that it’s very important to have farmers participating in co-operative societies. The Economic Committee will support the co-ops and provide them with petrol, manure and seeds, because the agricultural expenses are so high and that increases the burden on the farmers.

Fawaz Ahmed, another administrator for co-operative societies in Serekaniye, called on people to secure the barely crops, because the selling of barely in the black market will be about 150 SYP per kilo. 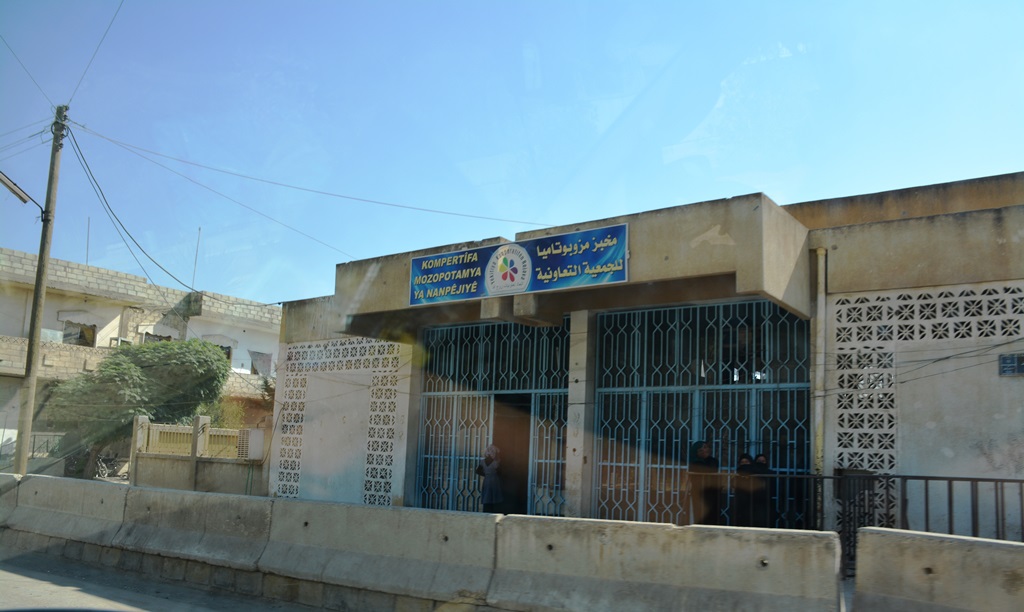